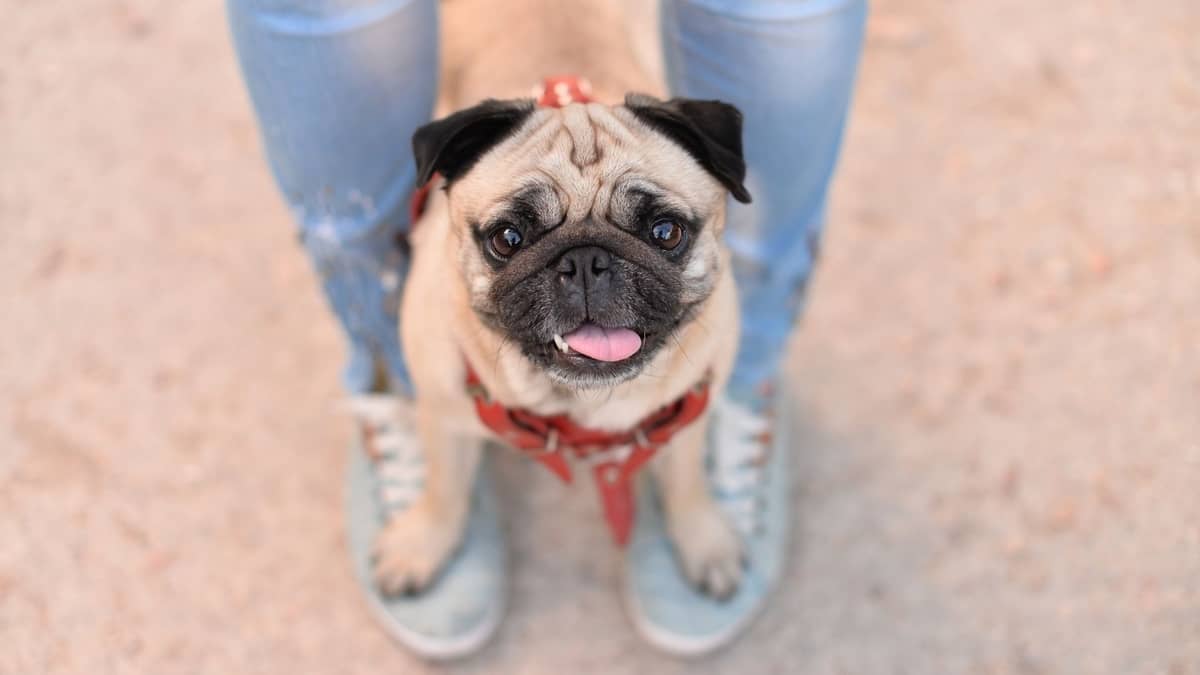 Body language is to dogs what verbal language is to us and some owners often ask why does my dog stands between my legs. This behavior, just like many other behaviors we’ll see today, is actually a way of your dog sending you a message through body language. In today’s article, we’ll be taking a look at body language in dogs and how to understand it.

Why Does My Dog Stand Between My Legs?

Standing between the owner’s legs is very common dog behavior and we can see it in almost all dogs. There are usually two primary reasons for your dog doing this. The first one, and the most common one, is that your dog wants attention. Standing between your legs isn’t the only way to get attention, but it might be the most effective one.

Your dog stands between your legs because it understands that you can’t move properly if you have a dog between your legs. In a sense, they accomplish the same thing by constantly standing in front of you as you’re trying to walk – they know that you don’t want to stop on them, so they get in the way.

Most dogs want attention and for you to pet them, but they might also be looking for food. It’s not uncommon for this to combine with barking and whimpering.

However, determining what it depends not only on your dog’s position but also on their general behavior. This is why it’s important to understand dog body language and be able to read it. 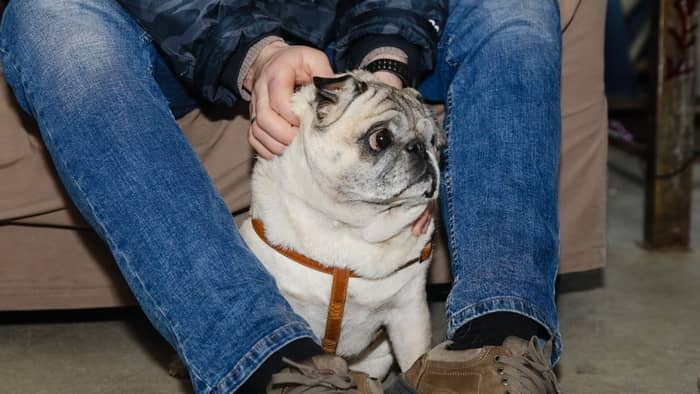 Read more about: Pugs Afraid Of Kitten &; How Can You Deal With This Odd Situation

Scratching the floor is a common way for dogs to express distress. Constantly digging and ripping things apart are symptoms of a dog under some sort of duress. Combining that with them being between your legs and you can safely concur that your dog has a problem with something and it’s running to you for help.

The second form of behavior, however similar, actually means that your dog is looking for attention – not protection. This is a very rudimentary, but very accurate example of how body language allows us to understand what’s going on with our dogs.

Body language doesn’t only apply to the specific position of your dog’s body – it also applies to specific body parts. In dogs, it’s important to keep track of the tail, ears, teeth, and legs. Dogs use their tails to send signals on how they’re feeling about a certain situation.

Dogs with the so-called “bat ears” also use their ears to send signals. For example, when they’re on alert – German Shepherds will point their ears upwards to enhance their hearing. This also happens with dogs that have hanging, floppy ears, but it’s more difficult to recognize these movements because their ears are more inconspicuous.

When it comes to teeth – dogs will growl and bark to make a person or another dog back off. Them showing their teeth without growling isn’t dangerous, though, so don’t mistake those two things. Dogs usually don’t growl without reason, so know that if a dog starts growling that’s a clear sign to back off.

Lastly, we have leg positioning. Dogs that are getting ready to attack or to charge usually drop down into a position from which they’ll easily sprint. 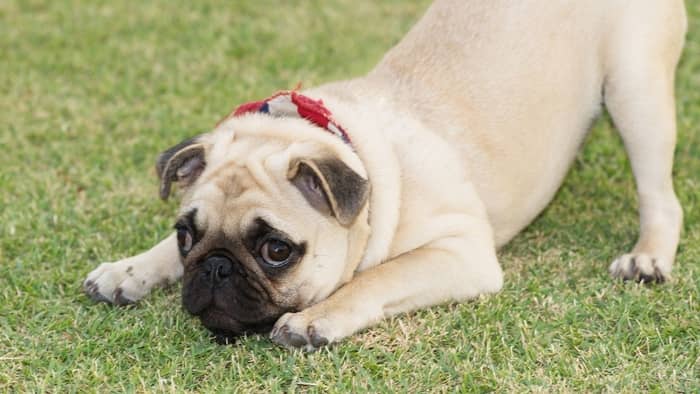 Read more about: Can Pugs Be Aggressive? Most Common Reasons For Pug’s Fighting Tendencies

These are the most common ways for us to read dogs by their body language, but there are also other signs that we have to keep in mind when we’re working with dogs. As already mentioned, digging and scratching the ground is usually a sign that the dog is nervous, while whimpering and barking are also signs of nervousness.

Dogs will also not move their eyes at all when they’re focusing on a target and they’re very difficult to distract, which is something you should also keep in mind.

Why does my dog stand between my legs and scratch the floor?

Scratching the floor is a sure sign that your dog is nervous about something. Them standing between your legs means that they're looking for security. If they do both things at once, they're definitely afraid of something.

Why does my dog put her head between my legs and stand?

Although similar, a dog shoving its head to you just wants attention and this isn't a matter of fear, but a matter of spending time with you. In this instance, the dog isn't looking for security but for attention.

Why do dogs walk between your legs?

Why do dogs like to sleep between your legs?

Because to them, that's probably the safest place on the planet and that's where they feel most comfortable.

Dogs use body language as their primary way of communication, and moving between your legs is most usually just a way to get attention or to achieve security. It’s like your dog is telling you “Hey, look at me!”

These aren’t the only ways for your dog to communicate with you – they’re also often using their tails, ears, legs, and mouths to send a clear message, but it’s also true that your dog will bark and whimper to indicate something. Although experienced owners are usually more accurate, dog body language is something that requires learning to understand.