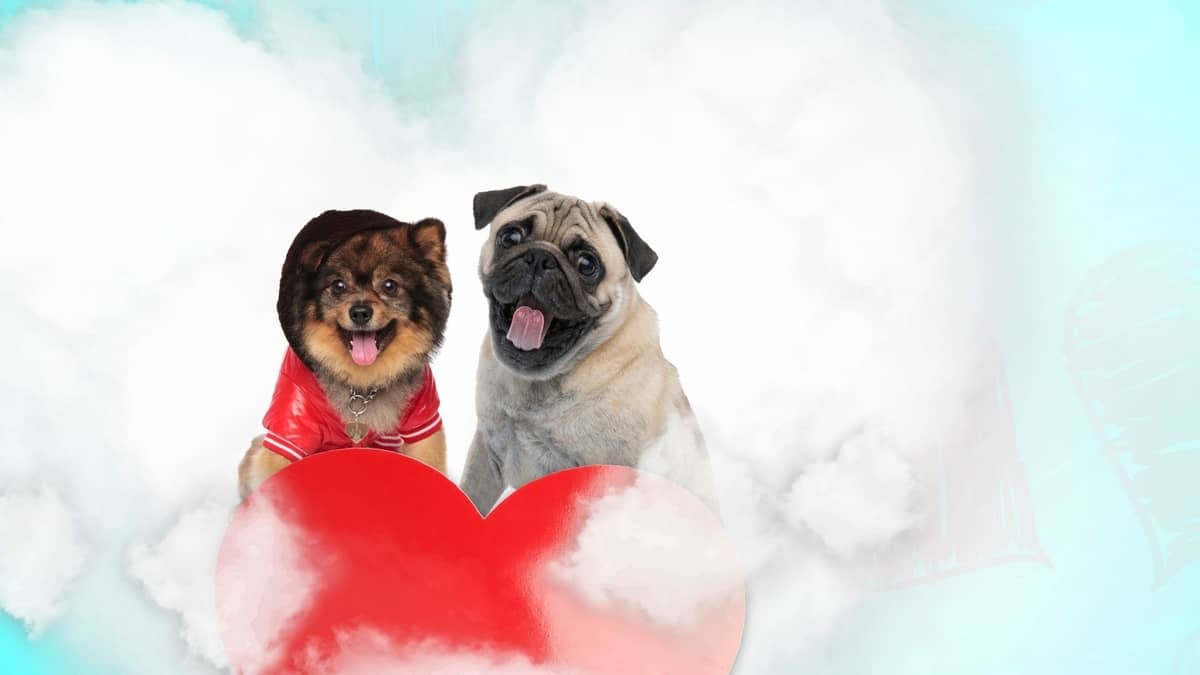 Who’s that fuzzy furball with a pair of sparkly, inquisitive eyes and perky or floppy cute little ears? Introducing the Pug Pom Mix Puppy. The breed is a cross between a lively Pomeranian and a loyal Pug parents. Since both a mother and a father are considered toy breeds, the offspring pup will not be big at all. At least no bigger than 13 inches in height. It will weigh somewhere in between 3-16 pounds on average and live for up to 15 years. Pretty common life expectancy in the canine world.

Depending on who the fur baby takes after, it can inherit the short, smooth coat of a Pug or a fluffy, thick coat of a Pom parent. If it takes after the latter, be prepared to invest in a good de-shedding brush. There will be hairs all over your house.

Its nose is usually black and its eyes can’t be any other color than brown. Unless one of the ancestors has a mix with a blue-eyed breed like Husky, for instance. Its tail can curl like a pretzel or be straight like a stick. Again, depending on who the Pug Pom mix pup inherits more traits from. If you are interested in learning more about the breed, let’s dive into it. We will start from the roots: the Pug mixed with Pomeranian’s lovely predecessors. 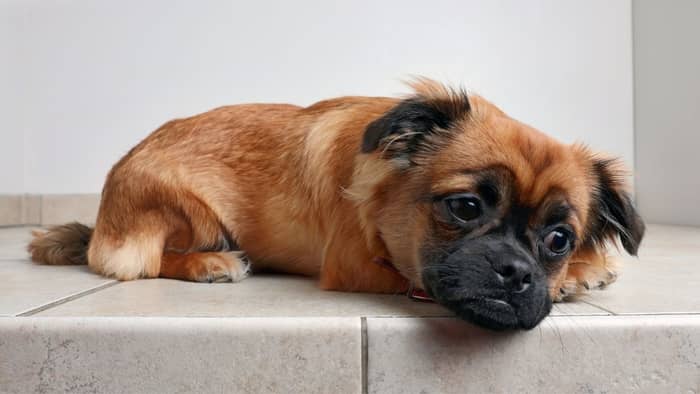 Stocky body, short legs, and a pancake-shaped face with the cutest folds all over it. Oh, and how can we forget about those big brown eyes? This is the adorable pug breed. A Pug’s height is anywhere from 10 to 14 inches and its weight ranges from 10 to 18 pounds. Pretty small, but very swifty breed, if you ask me.

The first mentioning of Pugs was in ancient times, particularly in Egypt. There they were treated as sacred animals. A Pug was always quite a traveler: from Egypt to Tibet, then to China, and lastly, to Europe. A few Dutch merchants brought the breed from Asia, and the European Royal Houses absolutely adored them. Some of the royal admirers included English (with Queen Victoria as the self-proclaimed Pug breeder), Dutch, as well as French monarchs.

A fox-like adorable little face, a pair of curious, witty eyes, perky ears hidden behind the luxurious, thick mane and short, but quite fast paws. Just looks like one little fawn-colored furball if you ask me. Its maximum height is 7 inches and it will not weigh more than 7 pounds. Hmm, lucky number seven for one lucky dog!

A Pomeranian history can be traced all the way to the Arctic circle, believe it or not! The Pom is a descendant of a much larger breed at that time, the German Spitz canine pal. Spitz was used as a sled dog to carry cargo as well as people through some harsh polar weather conditions and almost impassable woods. Also, they were working as herd dogs, protecting sheep from hungry predators lurking around.

The breed’s name “Pomeranian” came from the European region of Prussia (Pomerania in the 17th century). The breed made it all the way to the British Isles with one of its most famous owners, and later, an avid Pomeranian breeder, Queen Victoria.

Pug Pom Mix Puppy: To Buy Or Not To Buy?

Wondering where to get this furry bundle of joy pup? To buy or not to buy? We need to get one thing straight right off the bat: the Pug Pom mix puppy is going to cost you a pretty hefty amount, anywhere from $500 to $2000! Therefore, if you are not filthy rich, you might want to call local shelters around to see if you can adopt a Pomapug pup.

Besides, by adopting, not only you are saving money, but also are saving a precious animal’s life. So why not expand your family by adding an adorable Pug Pom Mix baby? Especially since they have so many good qualities and do very well with kids! Let’s take a look at some.

However, nobody’s perfect and has some not-so-attractive traits. Let’s take a look at what those might be for a Pug Pom Mix pup.

A cute, miniature and very affectionate Pug Pom mix pup has that utmost ability to change your life for the better. If you are seeking a loyal, playful, and cuddly companion-welcome to the Pug-A-Pom world! It will help you to become a better version of yourself, and bring some colors into your everyday routine.

Read more about: Boxer Mix With Pug Is A Great Family Dog