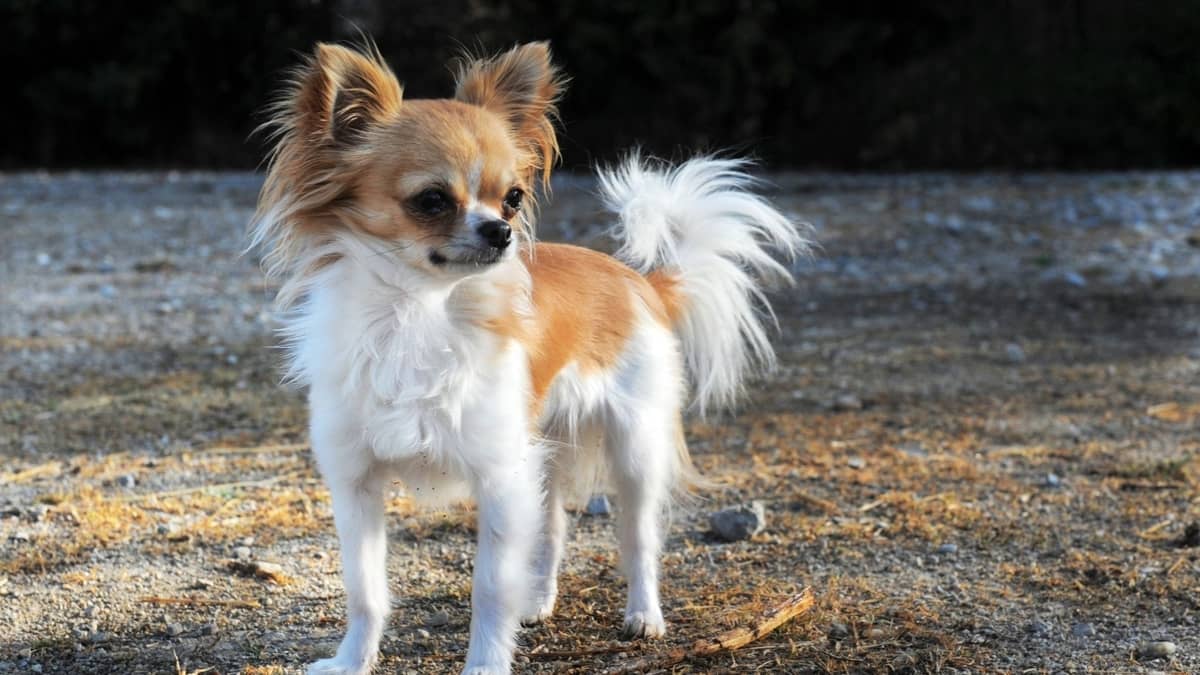 If you own a Chihuahua you might know a thing or two about Chihuahua’s front leg problems as they have a very fragile, tiny skeleton. Sometimes they can be either doing damage to their legs themselves unknowingly (through high-jumping and wild running) or while playing with their human and/or canine siblings. It is true about any pooch, but the toy breed dogs are more susceptible to bone injuries than their larger counterparts. “What Chihuahua’s leg problems can be pointed out in particular?” you may be asking. We will definitely get to it shortly as well as to reasons and injury prevention tips any owner can take into consideration while raising his/her tiny friend. Let’s get to it now!

Why Do Chihuahuas Get Leg Problems?

All toy breeds are susceptible to various skeletal issues, including fragile leg bones. Those are so tiny, that they can be broken easily by accident while a Chihuahua pooch is frolicking outside with you or other canine buddies. They just cannot estimate their strength sometimes and “jump higher than their head” so to speak, causing traumas.

Also, some of the problems with limbs might be because toy breeds are born predisposed to issues like hip dysplasia, spinal disc problems, and Patellar Luxation. Those get transferred from generation to generation and one of the ways to fight it is to crossbreed little canine species with a healthier and or/larger breed. Now, let’s discuss the Chihuahua’s front leg problems in detail.

Chihuahua’s front leg problems stem from the fact that this breed’s bones are very fragile and therefore get injured and/or broken easily. It is important to exercise caution while being around a little pal like that whom you can hurt unknowingly by accidentally hitting it the wrong way and/or stepping on its paw while it is laying there chilling.

Intervertebral discs are cushioning support for the vertebrae (small bones that make up a dog’s/human’s spine), helping it perform its daily functions correctly. If even one of those discs is damaged, it can lead to very serious back, as well as leg problems, including paralysis.

A condition where a dog’s knee cap gets displaced because of a wrong move and sometimes it cannot be put back by itself, requiring surgery. There are four stages to this issue, with one being the less serious and the four being the most serious where the only health care professionals can help slide the cap back into its spot.

You have probably heard that dogs get the same ailments as people do, and arthritis is not an exception to the rule. It is a disease where cartilage deterioration leads to joints getting worn out, making it very painful to walk, jump and run. This deterioration happens because of a dog’s old age, peculiar skeletal form (particularly in toy breeds), disease, or excessive physical activity during the day (dog parks, daycare, etc.).

If your pooch is suffering from arthritis, you will see certain signs such as limping, whining, weight loss, and irritability.

Are there any Chihuahua’s front leg problems’ prevention tips for any dog owner to learn to help his/her suffering bud?

We have just covered the main Chihuahua’s front leg problems, their reasons as well as how to prevent any bone issues from surfacing in the first place. Remember, you own a toy breed, which is a challenge in itself since those pooches have such delicate frames. Besides following the tips listed here, you can always turn to your vet for any additional piece of advice on how to care for a mutt’s limbs properly to avoid traumas.

Why is my Chihuahua limping on his front leg?

It could be due to the fact that your tiny fella has what’s called Patellar Luxation: a condition when a canine’s knee cap shifts out of place, creating major discomfort, pain, and limping. There are four categories of the condition: grades 1-4, with the one being the slightest and the four being the most severe. Usually, back legs are affected, but occasionally a pooch can get this problem with its front legs as well.

Another reason might be that it stepped onto something sharp while playing outside (like a piece of wood, a rock with sharp edges, or even a piece of glass). Inspect the affected paw to make sure there’s no blood. If there is, wipe it down with a clean wet cloth and then apply some kind of an ointment designed for pets (find them at the pet store) to be on the safe side. Never apply rubbing alcohol or hydrogen peroxide to a dog’s wound since those are toxic for canines.

The worst-case scenario is that your itsy-bitsy pal actually broke its paw, that’s why it’s limping. If you see that it whines non-stop, licks it, tries to seek solitude, and doesn’t let you examine it, then you know there’s definitely something wrong. Call your vet ASAP to schedule an emergency appointment.

Are Chihuahuas prone to leg problems?

Yes, they actually are. Since they are so small, Chihuahuas are at risk of being easily injured: either by hanging out by your side and accidentally sliding under your foot or while playing with bigger dogs who cannot estimate their power correctly sometimes. Even kids can severely hurt a teeny-tiny fella by playing too rough (and if not explained by parents how to treat their little canine sibling).

The most common leg problems are luxating patella (when the knee cap is snapped out of place) or a broken leg since the toy breed dogs’ bones are very fragile and one wrong move can cause a lot of damage. Hence it is best not to allow a Chihuahua fur baby to jump or run vigorously, but to pick them up and place them next to you if they want to snuggle on the couch.

What causes a dog’s front legs to give out?

It could be either a Patellar Luxation condition where a knee cap gets displaced by a wrong move or, even worse, a spinal injury. The latter can lead to movement problems and sometimes end up in complete paralysis. Exercise caution while you are playing with a tiny pal like Chihuahua: try not to engage in a very active play session where there’s a lot of running and/or jumping involved.

Too much physical activity can lead to sad consequences like major front leg problems. Instead of it trying to jump to get to something, pick it up and place it where it wants to be (unless it wants to engage in some mischief like stealing food). Also, use your own judgment when it comes to a little friend playing with much bigger dogs: the latter can unknowingly hurt Chihuahua play buddy really bad.