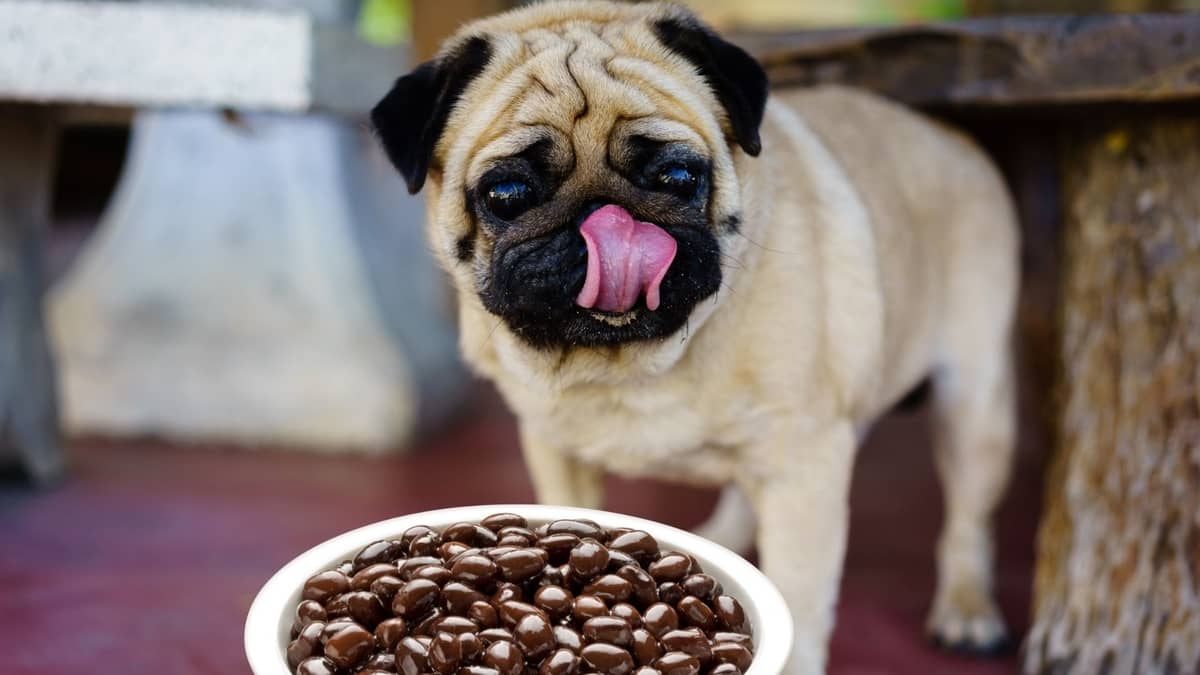 Dogs don’t only have to eat meat, but not all fruits and veggies are safe and you might be wondering are black beans safe for dogs? They aren’t the only substance people worry about when it comes to feeding your dog. In today’s article, we’ll be taking a closer look at a detailed list of what your dog can and can’t eat.

Black beans, cooked beans, kidney beans, soybeans, pinto beans – all of these beans are great for dogs and you can definitely make them part of your dog’s everyday meals. Not only are they safe to eat, but they also contain a lot of beneficial vitamins.

Fiber is as important for dogs as it is for people. However, you should keep beans in moderate amounts – we all know that mammals get gassy after eating beans.

Experts suggest that if you’re going to serve beans, it’s best to wash them and cook them before you add them to the meal. The only beans that can be served safely without cooking are green beans.

What about canned beans, you wonder? Even though they’re the simplest way of consuming beans for us, people, they’re not that safe for dogs. Canned beans have a lot of seasoning and sugars, so it’s best to avoid them. You should buy raw beans and cook them.

There’s another thing that you should keep in mind and that’s calories. Beans are very potent, being high in calories, and you have to be careful not to overfeed your dog. Beans are a great addition to any meal, but they can never make up more than 10% of the entire meal.

Other Additions To Homemade Food

Beans are a great addition, but they’re not the only ones. All additions, be it a dessert after a meal or an actual part of the meal, have to follow the same rule – they shouldn’t exceed 10% of your dog’s daily caloric intake.

So, a great addition is an apple. Not all dogs like apples – dogs have likes and dislikes the same way we do – so don’t worry if your dog doesn’t want any. Just cut out two or three pieces (make sure that there are no seeds, as they can cause constipation) and offer them once your dog is finished with the meal.

Another great addition to homemade food are eggs. A lot of owners are already aware of this, but some don’t still know of all the benefits that eggs give us. They’re great for your dog’s coat, not to mention that they’re filled with protein. 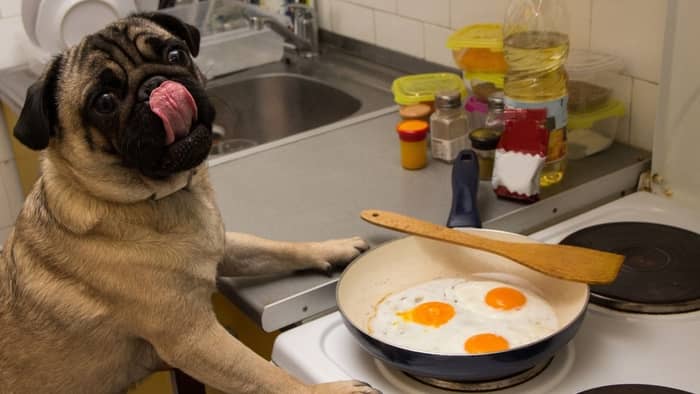 Learn more about: Can Dogs Eat Broccoli Stems? Find Out Interesting Facts About Broccoli and 4 Best Ways To Prepare It.

You can add two whole eggs to your dog’s meals – you can break them and mix them up with the kibble raw, or you can cook them – your dog will eat them all the same.

Then, we have lentils. Follow the identical rule as with beans – they’re full of fiber and they’re a great addition to meat, but they’re not a substitute. Make sure that you cook them before you add them to the meal.

We also have broccoli. Given that so many humans avoid broccoli-like pestilence, it’s not odd that few owners add it to their dogs’ diets. However, it’s a great addition and if you cook it, chop it and add it to your dog’s regular meat diet, they’ll definitely eat it.

Foods You Should Avoid

There are also a few foods that you should absolutely avoid if you want your dog to stay healthy. For one – citrus fruits like lemons. We all know that they’re acidic and that can sometimes be a great addition to meals. The same can’t be said for dogs.

Dog stomachs aren’t made to put up with the acidity, so you’re definitely going to cause a stomach upset.

A similar rule applies to grapes and raisins. They can cause kidney failure in dogs because of toxicity we still can’t define, so it’s best to avoid them.


Read more about: Are Dogs Allergic To Shrimp? Learn About 5 Canine-Safe Types Of Seafood and The Great Properties Of Shrimps.

No, nothing canned (except for canned dog food) is safe for dogs. They contain sugars, preservatives and spices. You should buy raw beans and cook them before adding them to your dog's food.

What beans are toxic to dogs?

Raw red kidney beans contain a toxic that's dangerous to dogs. Aside from them - beans are safe, but they have to be bought raw and cooked before you add them to the meal. Dogs can't eat raw beans, except for the green bean.

Can black beans give dogs diarrhea?

How much black beans can I give my dog?

After cooking them, black beans can make up 10% of your dog's meal. This rule applies to all additions to your dog's meals, so make sure that you don't overdo it as dogs need plenty of meat.

Dogs generally need a lot of meat – everything else is an addition and it shouldn’t comprise more than 10% of your dog’s diet. Black beans are usually safe, but you need to cook them before your dog eats them. They can be part of a meal or you can serve them as a treat.