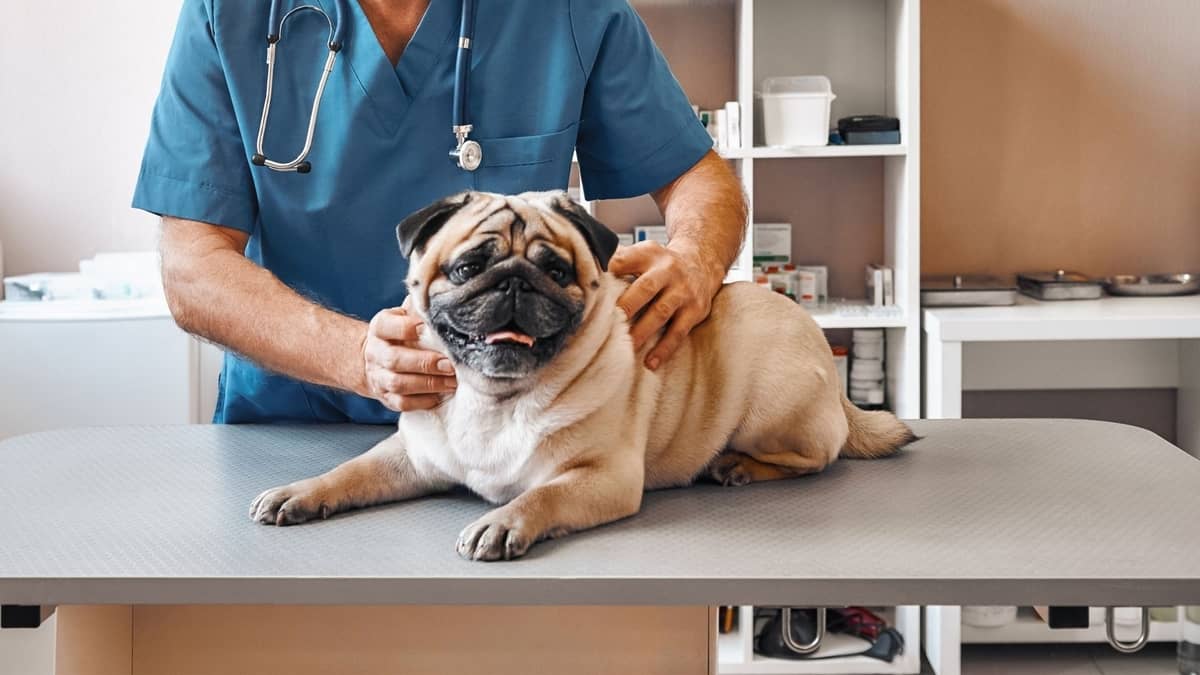 What distinguishes Pugs from other dogs in the canine universe? Is it its smushy adorable face? Is it those irresistible big hazel eyes? Or is it its cute curled tail? Each and every one of these features screams “Pugs!” Although, as far as the flat face and bug peepers are concerned, those are common among all brachycephalic breeds like Bulldogs, Shih Tzus, Boxers, Pekinese, and a few others. However, a curled tail is quite a rare canine feature few dog species can boast, including our fluffy flat-faced pal. Yet, there might be some instances when a Pug’s tail is uncurled. So an owner might ask himself: “Why Is My Pug’s Tail Straight?” Before you rush to call your local vet, read on! Some of those reasons are not as scary as you might think.

But before we discuss the reasons for uncurling, we need to understand why a Pug’s tail forms a swirl in the first place.

When Do Pugs’ Tails Curl?

Compared to other canine counterparts, Pugs have a very pronounced spinal deviation, causing that peculiar tail curl. Most mutts have symmetrical tail bones, resulting in a straight as a railway tail. Not Pugs! These have an asymmetrical bone structure, where bone columns are shaped like a prism, very wedge-like. As a result, by the time a Pug is just two weeks old, you will notice that “cinnamon bun” curl starting to develop. In some instances, it might take your adorable pup to be delayed in tail-curling. Nevertheless, by the age of 2-2.5 months, all pancake-faced have the distinctively-shaped tail that they are known and loved for.

However, there are some instances when you notice that your pup’s tail shape changes and you may be asking yourself: “Why is my Pug’s tail straight?” Let’s take a look at some of the most common reasons.

Why Is My Pug’s Tail Straight? 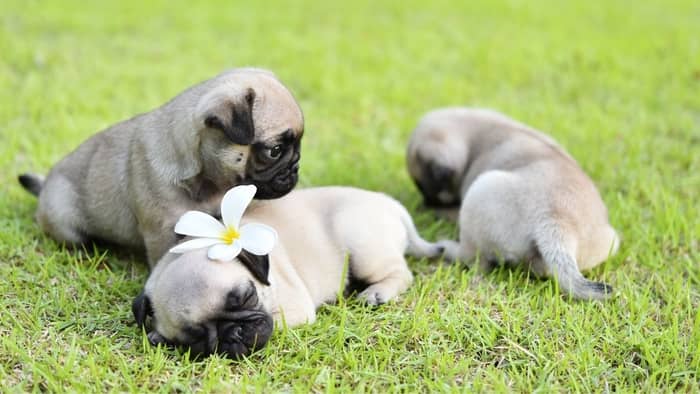 Why is my Pug’s tail straight? I hope that you got the answer to your question and found the information covered very useful. Unless your Pug is tired, sleeping, or just simply getting old, a reason for a limp tail might be serious. If you have noticed that your best friend stopped tail-wagging for good and it has been like this for quite a while, it is time to pay your trusted vet a visit. If the reason is serious enough, you want to know it sooner rather than later to take the necessary steps towards a fluffy companion’s recovery.

Read more about: Dog Is Chewing At The Base Of The Tail: Is It Just A Weird Habit?