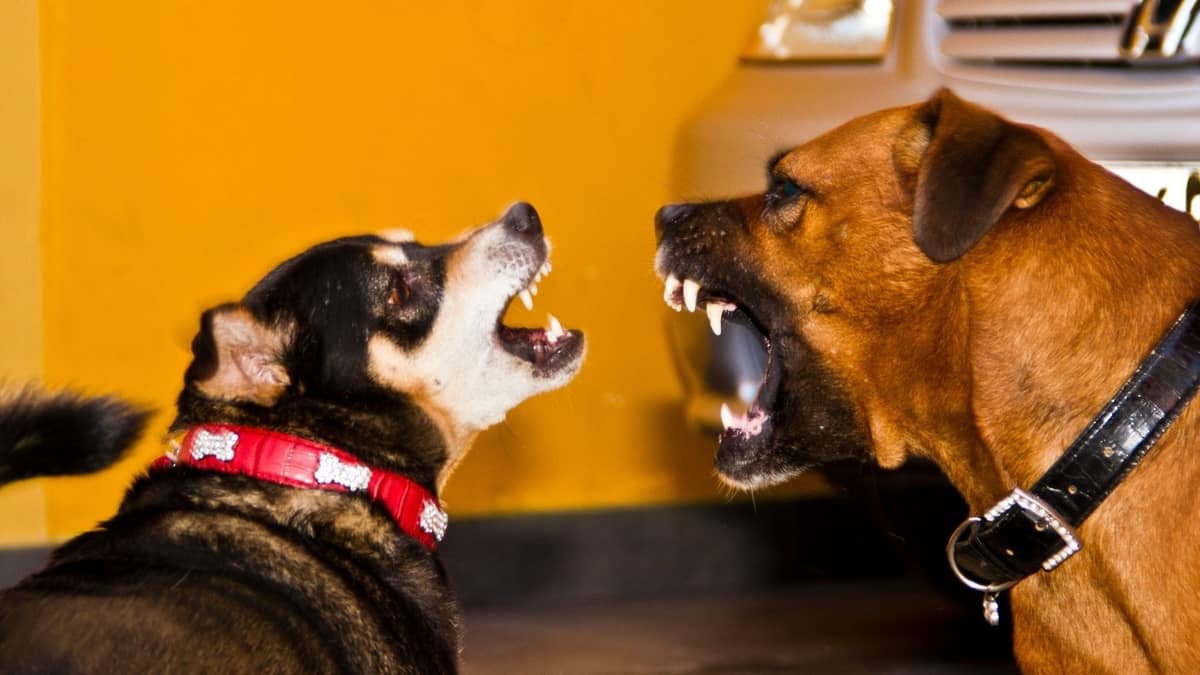 Last Updated on April 6, 2022 by Guillermina

Why do dogs bite each others’ ears? Indeed, if you have seen your beloved mischief doing so to another dog, you might think that this is an example of unacceptable behavior. I have to reassure you: in most cases, you have nothing to worry about! Dogs use senses of taste, hearing, and smell to learn about their surroundings, including other canine creatures. Don’t compare your pooch to us, humans. They may also be mammals, but four-legged behavior gets misinterpreted a lot by the two-legged individuals.

For example, people would never sniff each other’s behinds during the initial meet and greet, right? However, for canines this is a gesture of communication, that’s how they learn about each other. And pet parents would be very wrong by trying to train their mutt out of this. This is very organic, natural dog behavior. A dog biting ears means that it is trying to invite its doggo play buddies to have some fun. Especially if this habit is not accompanied by full-fledged aggression and mutual blood-shedding. We need to look at some valid reasons furry friends do so to answer the “Why do dogs bite each others’ ears?” question, so let’s get to it!

Why Do Dogs Bite Each Others’ Ears? Reasons for Such Behavior

The most common reason for the ear-biting behavior. This is like an invitation to play from one mischievous four-legged to another. In case a pooch, who is being playfully bitten, doesn’t like it, then the initiator’s owner has to nib it in the bud. More so if the pooch is a frequent visitor to daycares or dog parks: staff may not like the way your hound acts. 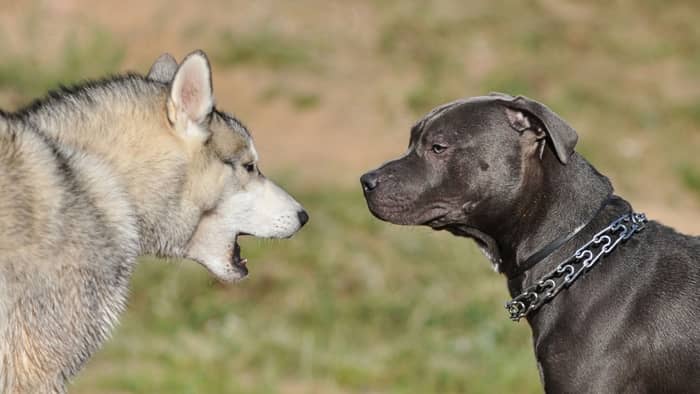 Yes, believe it or not, very often a dog asserts its superiority over another canine through play-biting. It is one of the natural dog’s behaviors, the one it inherited from its wolf ancestors. As you may know, there’s always a leader in any pack you take. Even humans live in a pack. Each country can be considered a giant group with a leader (president) standing at the top, giving orders. Some doggo individuals also try to assert dominance like their relatives in the wild, fighting for the “top position.” A smart owner has to be able to tell a difference between a pack leader’s demeanor and flat-out aggression.

A very natural, innocent way for any puppy to relieve the itching its throbbing gums create. And they itch because old baby teeth give way to new, mature fangs and that “teeth-shedding” causes major irritation. As a result, a fur baby starts to chew on everything it sees fit, be it your favorite pair of slippers, a blanket, or another dog’s ears for that matter.

A pet parent has to help his/her suffering little pal by re-directing undesirable biting into a productive one. One way to do so is to buy some destruction-proof chew toys specifically designed for teething fluffy babies. Basically, every time they try going after something of yours, you can gently replace whatever it is in their mouth with an appropriate toy. 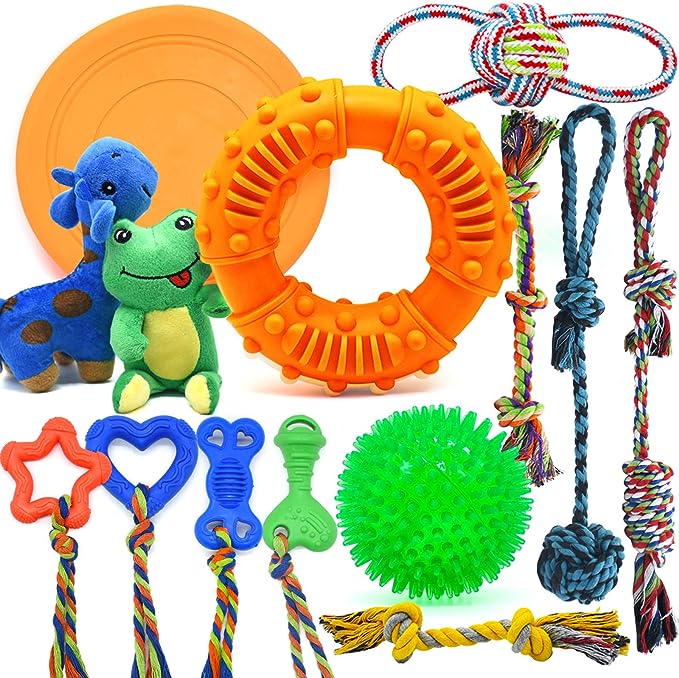 4. Likes the Taste of Ears’ Skin

Why do dogs bite each others’ ears? Another reason is that mutts like all things salty. That’s one of the causes they like licking sweaty human skin: the moisture droplets are full of salts and pooches go bananas over that! If you noticed that your furball is going after another canine’s ears, that could also mean they must have some taste to them that your bud likes. More so if a doggo wasn’t spotted engaging in such a behavior before.

The least desirable ear-biting reason, but it does happen. A pooch might be frustrated with something or just bad-tempered from the time it was born and unfairly take that frustration out on its doggo companions. It has to be stopped immediately and trained by either a pet parent himself or a certified dog trainer to behave properly around other hound friends. Especially if you are planning to bring your angry mutt to a dog park or doggie daycare. 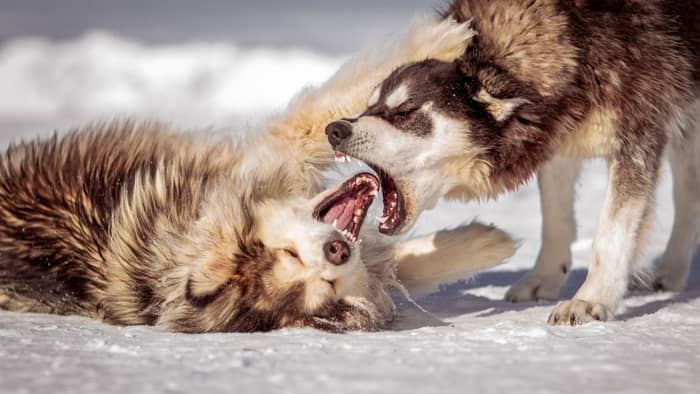 We have just answered the question “Why do dogs bite each others’ ears?” and discovered 5 common reasons for such an act. Remember: you are your dog’s master and have to make sure all the biting it engages in has a playful meaning to it, not an aggressive one.

Whether a fur baby is teething, wants attention, or trying to assert its leadership position, you are the true pack leader in the household, therefore you have to show who the boss is. Otherwise, a four-legged creature will try to run the house and a pet parent will get one unruly, stubborn, and even aggressive pal. At even the slightest sign of an attacking demeanor, please turn to a trusted vet or a dog trainer to instill correct behavior.

Why does my dog bite the other dogs’ ears?

There could be several reasons from just playing to liking the taste of ears’ flesh or aggression. Any experienced dog owner will be able to tell the difference between a playful and aggressive bite in their doggo by reading its body language correctly. About 80% of the time ear-biting is a completely harmless canine gesture, inviting the other pooch to have some fun. It could also demonstrate to the play partner who “the boss is” in this rough game.

Are dogs playing when they bite ears?

Most likely yes, 80% of the time ear-biting is harmless. However, if a dog owner sees that the other “victim” pooch is not comfortable with that game, he/she should stop the behavior and separate the two pals.

How do I stop my puppy from biting my other dog’s ear?

There could be several ways to do it, let’s take a look at a few.

Firstly, you can try training your dominant dog that play-bite is not so desirable in your household. Try giving it a treat every time you get it to stop the ear-biting habit, something high-value like a slice of cheese or a piece of steak.

Secondly, you can spray the “victim” dog’s ears with the special non-toxic flavored spray (like sour apple, for example) so the dominant pooch is not going to continue as it’s not going to like the taste of it.

Thirdly, you can re-direct a hound’s attention from ear-biting to something else (like making noise, bringing the favorite toy into the equation, suddenly leaving the room, etc.). It will not work with each and every pooch, but it is worth trying. If none of the aforementioned tactics work, try to turn to a skilled dog trainer or a veterinary specialist for advice.