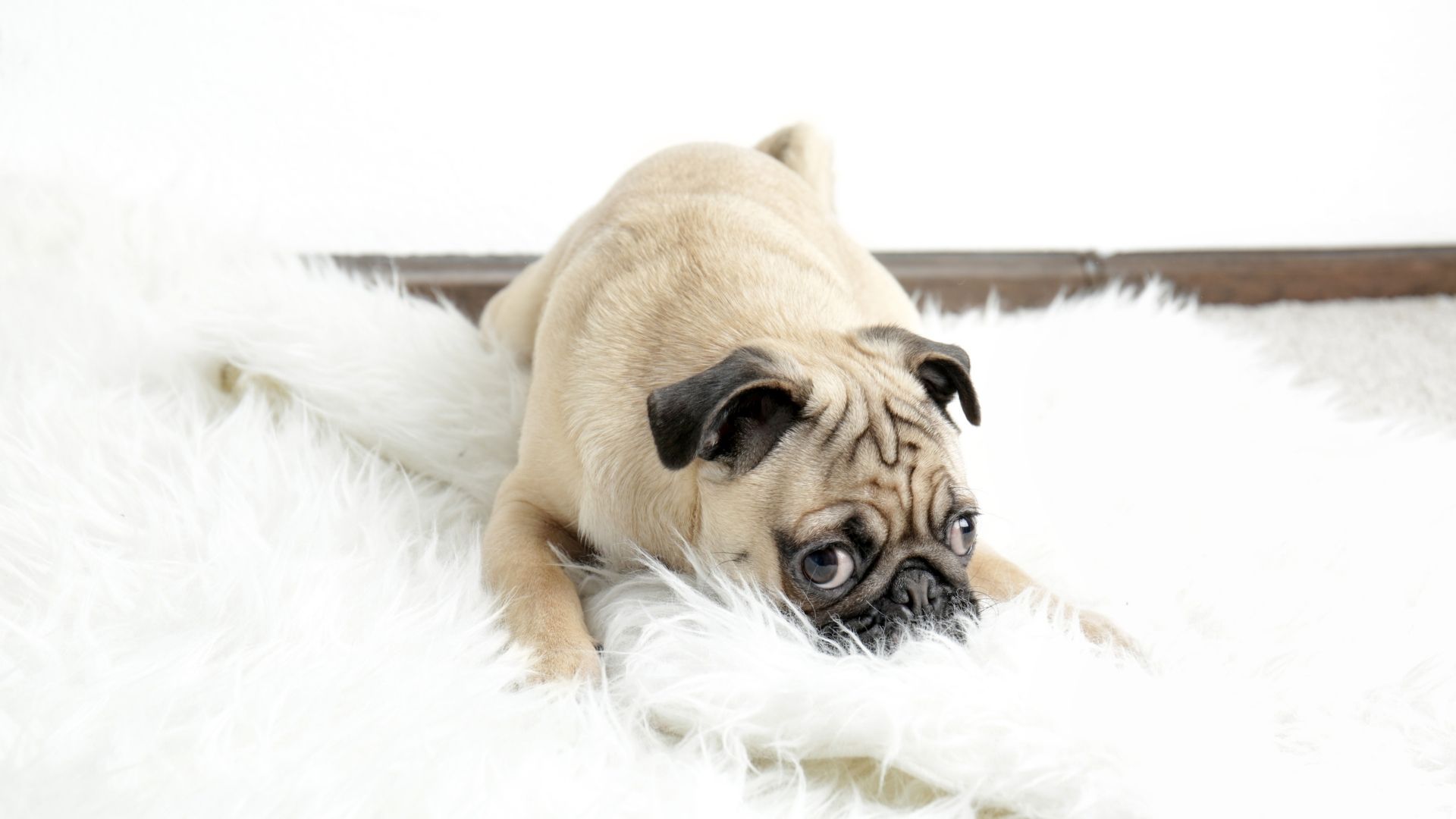 It’s not uncommon for a dog owner to ask what does it mean when my dog licks the carpet, as this sort of behavior isn’t odd at all. However, this isn’t the only behavior that might seem weird to us, but it’s completely normal to dogs. In today’s article, we’ll be taking a look at these weird behaviors and trying to understand how dogs see them.

What Does It Mean When My Dog Licks The Carpet?

There are three possible answers to this question, each one being very viable, and you’re the one who’s going to have to determine what’s going on.

Firstly, the most likely answer is – that your dog is bored. People often forget that dogs need entertainment just like people do, so it’s not at all unlikely that your dog will start acting out just because they’re bored.

“But why licking?” you might wonder. Well, we receive information about our surroundings primarily through sight and hearing, but dogs primarily use their senses of scent, taste, and hearing. So, in order to check out the carpet and see if they can find some entertainment there, they’ll definitely lick it.

This is actually part of separation anxiety, as your dog is much less likely to act out like this if you’re doing something together.

Then, it’s possible that your dog is testing the carpet. This is more common with puppies, but in order to figure out what something is, a dog will often smell it, lick it and even bite it. Biting random stuff isn’t only the case with dogs.

You can find videos online of wild bears ‘nibbling’ on cars, tables and even people – not to eat anything, but to figure out what it is. This behavior is also common with dogs, so if you find your dog licking your carpet or biting your carpet, it’s possible that they’re just testing it.

This behavior also applies to other things – biting and licking is their way of examining an object.

Lastly, we have anxiety. Dogs will often lick their mouths, but also lick inanimate objects, as well as their owners when they’re feeling anxious and nervous. If this happens too much, it’s possible that your dog is suffering from anxiety.

If you spilled Bolognese sauce on the spot that your dog is licking, it’s likely that they’re licking that spot precisely because of that. It’s unimaginable to us, humans, just how strong the scent sense of a dog is, and it’s highly likely that they can smell food.

Even if you spill food and clean it – some scent will linger. This is especially true for carpets, as we all know how difficult it is to clean carpets properly.

The same rule applies to drinks, too. Dogs love to test our drinks and it’s likely that if you spill a tasty-smelling drink on the carpet, they’ll be able to smell it even after you clean it. Make sure to minimize spilling, as food is a major motivator for dogs and it’s the possible reason behind the excessive licking. 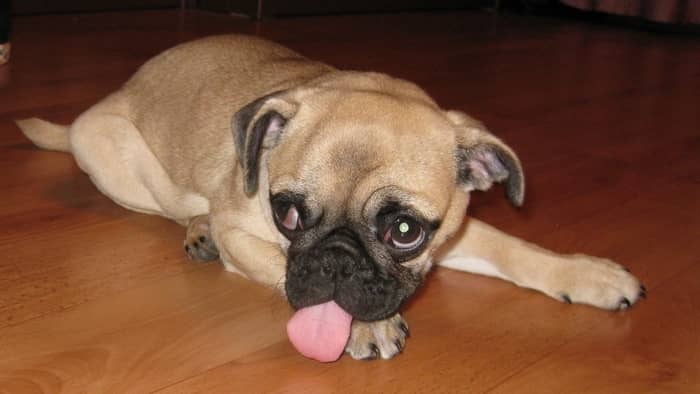 We already mentioned anxiety and nervousness, but is it possible that your dog is licking the carpet as a way of dealing with physical issues, such as pain and nausea?

Well, when a dog is in pain, they’re going to show that pain in a few characteristic ways. A dog will usually hide, refusing contact with people and other dogs.

It’s also common for a dog to refuse food and drink. However, we know all of this already, what you should look out for are some more bizarre behaviors – such as licking and/or biting the carpet.

It’s true that a dog in pain will act odd – they’ll often become aggressive towards their owner, but it’s also been reported that dogs urinate in strange places instead of the regular place in their home, while they also don’t want to play or to be pet.

Licking the carpet isn’t the only odd behavior your dog might display if they’re in pain or if they’re suffering from an illness. They could also start eating things that they normally wouldn’t and it’s also common for dogs to eat grass and plants, even though they usually avoid them.

Dogs eating their own feces, however disgusting and unsanitary it may be to us, is another common practice with sick dogs.

So, even though it’s not likely that the cause for your dog licking the carpet excessively is medical, it is possible that this is just one of those weird behaviors that dogs display when they’re ill.


Read more about: Why Do Pugs Scream?

Why is my dog licking everything suddenly?

If your dog is still a puppy, it's likely that it's just exploring the world around itself and it's trying to examine everything. This is very common. However, excessive licking can be a symptom of an illness, as it's often a way for dogs to cope with discomfort.

Why is my dog all of a sudden licking the floor?

The most likely cause is that they found something interesting (usually a smell left over by something) on that spot on the floor. This is more likely than a medical issue.

Why do dogs lick fabric?

Acting out because of anxiety of because of an illness isn't odd at all for dogs, and licking fabric (including carpets) is part of that. Unless it's happening too often, it's nothing to worry about.

Why do older dogs lick everything?

There's no research proving that older dogs lick things more than younger dogs. However, older dogs are more prone to health issues, so they might lick more as a way to cope with that.

Even though it might be weird to you, a dog licking the carpet isn’t that weird for them, especially if someone spilled food recently and they’re attracted to the smell. The only time you should be worried is if this is happening very often and if your dog does it intensely – there might be something happening to them.