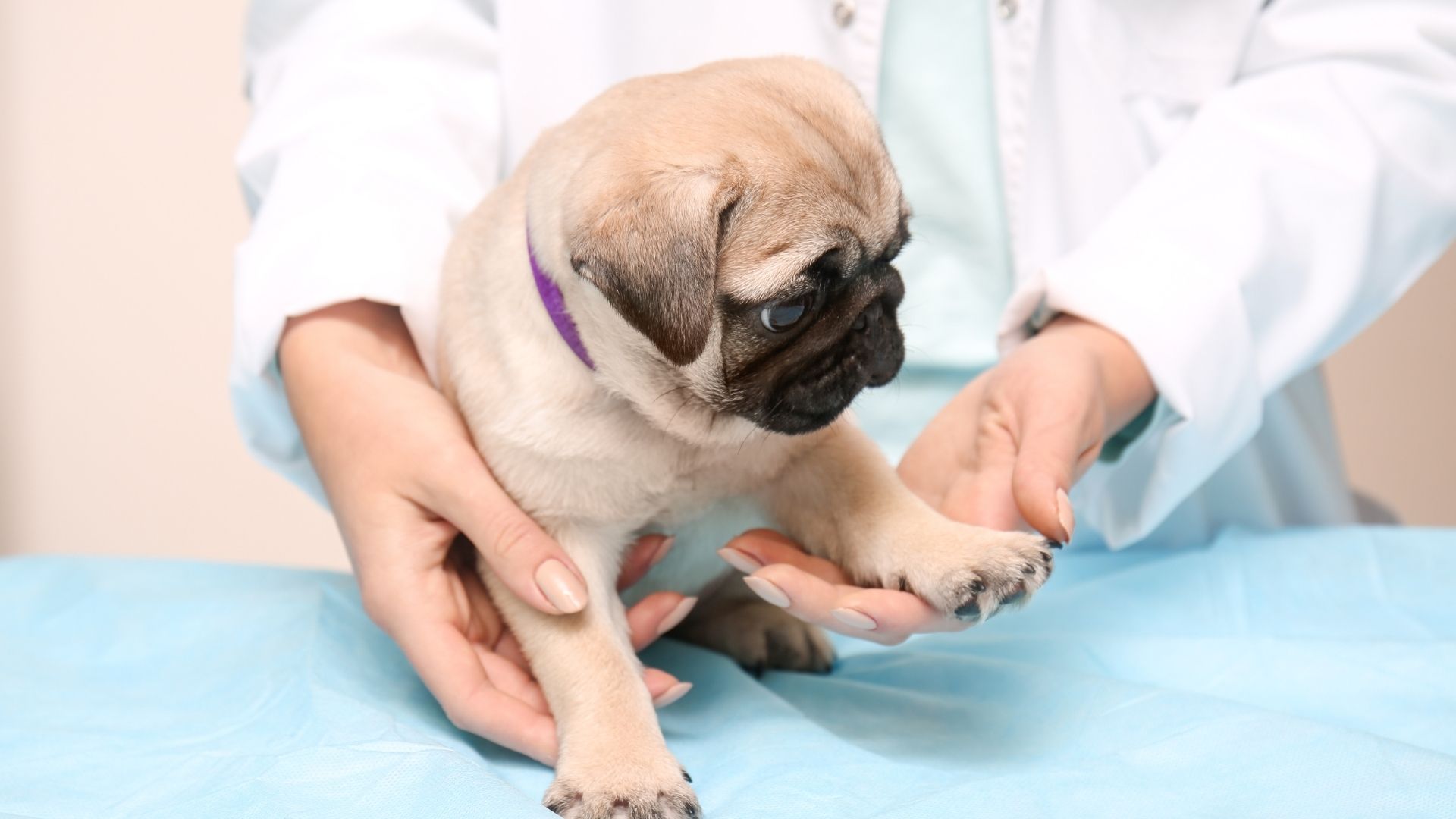 Sprains, twists, and breaks are just as common with dogs as with humans, and if you see your puppy limping but not in pain, it’s only natural to worry. However, dogs might be a little bit harder than you’d think at first glance.

In today’s article, we’ll be taking a look at common injuries with growing puppies and define exactly how to recognize pain and injuries in dogs.

If you think that your dog isn’t in pain – you’re probably right. If your dog had actually hurt itself to the point where it feels pain, it’s likely that it wouldn’t be moving at all.

Dogs that are in pain will usually refrain to themselves, choosing solitude over companionship. They’ll often refuse to eat and drink, possibly because they’re experiencing nausea. Dogs in pain will also become very defensive, sometimes even showing signs of aggression towards the owner.

If your puppy is limping, but it’s showing none of the other signs, it’s possible that it’s not in pain at all. It’s also possible that it’s only in pain when it puts weight on the leg in question – this is common when they have a thorn in their foot.

Try applying pressure to their leg and their foot and see how they react, but know in advance that pain and injuries aren’t the only reason for a dog to limp.

Dogs are generally better at taking hits than humans – we run to the doctor as soon as we face the most minor of sprains – dogs just kind of walk it off. They instinctively know that they’re going to be all right.

So, if your dog fell down the stairs and bruised their leg or if they sprained one of their ankles, they’re most likely going to be fine – they’re just laying off their foot so it heals quicker.

Injuries and Conditions That Lead To Limping

Nowadays, veterinarians know the difference between gradual limping and sudden limping. Sudden limping is what we see after the dog falls, for example, starting to limp without any past limping.

Most trauma, especially superficial trauma cases when nothing was broken or twisted beyond repair, will take care of itself and all the dog has to do is be patient – again, this is something that they know and understand by instinct.

However, if you see that your dog’s limping is worsening day by day, then it might not be a case of trauma, but rather something more serious. Chronic limping is called lameness, and lameness is often a symptom of a more worrying condition, rather than simple trauma that will sort itself out.

Now, should we be worried about lameness in puppies? Unfortunately, if you notice that the lameness is not passing quickly, there’s a likelihood that the problem is much deeper than trauma.

With puppies, one of the first thoughts is that there’s something wrong with the way they’re growing – it does actually happen that the puppy’s bones will grow asymmetrically. It’s incredibly easy for asymmetrical growth to lead to lameness in at least one leg.

Then, we have illnesses like hip dysplasia and arthritis – these are extremely rare conditions in puppies. If they even occur, they’re much more likely to occur with older dogs.

Chronic lameness can also be caused by serious trauma. We spoke earlier about superficial trauma that’s quickly healed. However, your dog could suffer serious trauma and damage its body in a way that’s irreparable.

Firstly, know that this is, once again, very unlikely – dogs are hard animals and they can certainly fall without injuring themselves. Despite that, if your dog seriously injures itself during the intense growth stage, it could damage a limb or some other body part that’s not going to get fixed again.

This could unfortunately result in chronic lameness.

If you’re wondering how do we tell the difference between chronic and acute lameness – know that chronic lameness generally lasts for longer than a day. If your dog pulls a muscle, they’re going to limp for a few hours and they’ll sleep it off.

If your dog has dislocated a hip, they’re going to limp until you take them to the vet (not to mention that the swelling will be obvious).


Read more about: A Pug Is Not Eating and Lethargic: 9 Main Reasons Why It Happens.

Why is my puppy limping but not in pain?

Because puppies fall. This is how they learn to move around. Your puppy most likely fell down from a very short height and they bruised their hip - they're going to be fine in a few hours, they're just avoiding putting weight on that leg.

When should I worry about my puppy limping?

24 hours is the general rule of thumb. If your puppy continues to limp after 24 hours - take them to the vet. Before that, make sure to examine their leg yourselves, putting pressure on it and seeing if they'll react.

Why Is my dog limping on back leg but not crying?

Dogs don't show pain the same way people do. If it's in pain, your dog will hide, it won't have any energy to spend time with you and it's more than likely going to refuse food and water.

How do I know if my dog has pulled a muscle?

It's impossible to test it - if your dog is suffering from something as minor and harmless as a pulled muscle, they're going to stop limping soon and you have nothing to worry about.

If you’re worried about your puppy limping, that’s completely normal, but there’s a difference between light trauma and a serious condition. Just stay calm and see how it plays out. Chances are your puppy is going to stop limping within 24 hours. If it doesn’t, then it’d be best to take it to the vet.