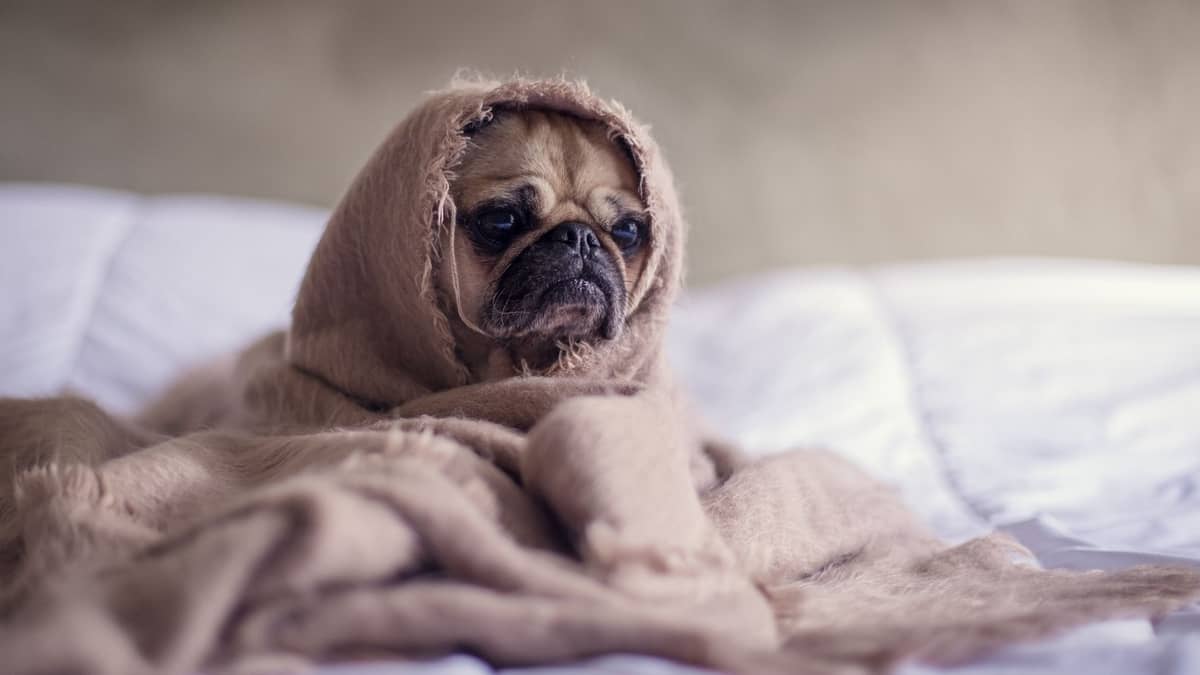 Have you seen Pugs taking down lions? Most likely your answer will be negative as this breed was never used to target big cats. It can probably take down one of its toy breed pals like Chihuahua, a Shih-Tzu, or a Pomeranian, but a lion is a different ballgame. Pugs were in fact used for hunting back in the 18th century where they would chase small forest prey who they wouldn’t kill, but rather just follow and let the hunter do the rest.

Why were Pugs chosen to hunt these tiny creatures? Since these toy dogs are small, compact, and have nimble short legs, they can get into the holes animals dig and hide in. Pugs can “fish” them out quickly for their master to shoot.

Nevertheless, their primary role was always a devoted friend, the one who loves to play and cuddle with you. Many Asian royal houses (particularly China) were always fascinated with the breed and developed a strong canine-human bond for centuries to come. Now, let’s take a look at who Pugs could hunt before they were bred to be primarily lap dogs.

Who Can Pugs Hunt?

These tiny rodents are from a Sciuridae family, related to squirrels (which are frequent park and backyard visitors). The former is usually smaller than the latter and are very fast climbers. They feed on the same thing their other rodent counterparts eat: nuts, berries, grains like corn, millet, and wheat as well as fruits. 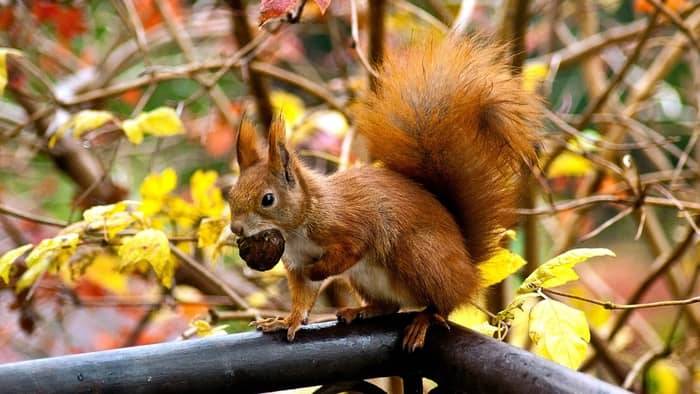 Like their chipmunk relatives, squirrels are also from the Sciuridae family and are considered rodents as well. They are indigenous to Eurasia, America, and Africa. They were later brought to Australia where they settled very comfortably, enjoying the warm weather. Squirrels’ diet includes grains, nuts, fruit, and even meat even though they are mostly herbivores! However, meat-eating only happens when they are extremely hungry.

Another rodent species but this time from the Geomyidae family. These animals are great at tunneling, borrowing holes underground, and destroying vegetation at the same time if there’s anything growing right above. They are very similar to moles in that sense: both creatures prefer to live underground and come out when they have to find more food.

Yep, Pugs could hunt rabbits as well, even though the latter may be much quicker and very sly, getting away easily. However, Pugs’ plan is not to eat bunnies, but to let their hunter masters do the work. It is important to note that for the most part Pugs who have a mixture of a Beagle or a Jack Russel Terrier in them can hunt rabbits.

And what about much bigger animals? Is it possible to see Pugs taking down lions or two Pugs fighting to determine who gets the prey? 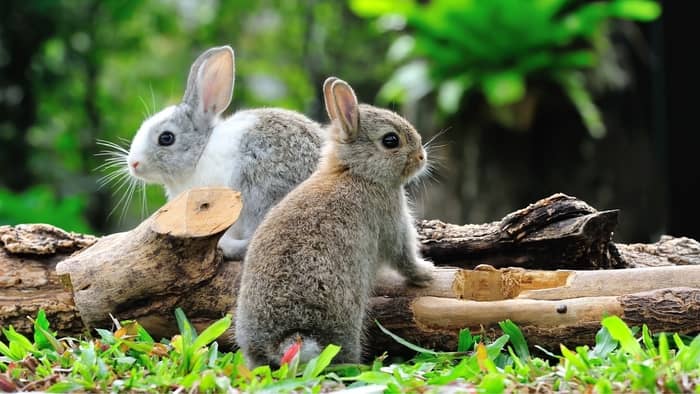 Pugs Taking Down Lions: Can They Do That?

With utmost certainty, I can say that no, no way that is possible to see Pugs taking down lions. The smushed-faced are much much smaller and weaker than the king of the animal world. Therefore, it is possible to see the opposite situation. Yet for lions, Pugs will never be super-desirable prey. They are looking for a much “meatier” option like a lamb, a goat, or a deer. Our wrinkle-faced pal will be nothing more than a nuisance. Let’s look at more traditional roles Pugs have when interacting with their masters.

Pugs Roles in a Household

Pugs are some of the most loyal canine pals, who would want to participate in whatever you do.

You don’t have to actively play together or go for a lengthy walk. Even if you two just sit side by side watching a movie, that’s all that really matters. You are together, the best of friends.

In case you have more fluffy buddies roaming around the house, a wrinkle-faced creature will be eager to play with them for hours on end. Any children in the household? Even better! Pugs are known to be one of the best kid-friendly breeds, which are always up for a fun time and will never show open aggression. Unless, of course, your children like to play rough, then a flat-faced baby will most likely try to snap. 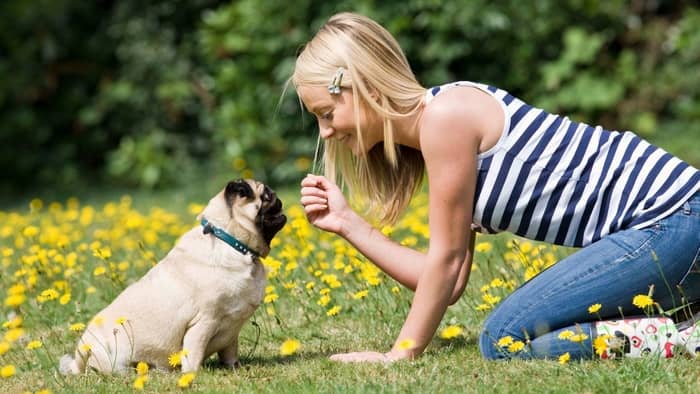 Pugs have always been known for their great guarding abilities. If William the Silent of Orange was still around, he would confirm by telling a story about his beloved Pug Pompey. This brave pooch saved the royal prince’s life by alerting him of the enemy’s presence in the chambers.

Pugs are never aggressive, but they tend to be territorial of their pet parents as well as the household. So it is best to introduce new people slowly, one person at a time.

Wrinkled pals are excellent therapy dogs who can bring new colors into a lonely human’s life (a retiree, or a disabled person). Their love of cuddling, snuggling, and lounging are perfect for somebody who suffers from anxiety, depression, and other mental illnesses. Dogs love unconditionally, no matter what, and that’s the best treatment in the world you can ask for. Definitely better than meds.

We have just learned that there’s no such thing as Pugs taking down lions, and they are not known to be good hunters. Instead, they have a few other important roles: excellent companions, therapy dogs, and security guards whose houses are their castles. Life is so much fun with a Pug and I encourage you to bring a little wrinkled bundle of joy into your life. 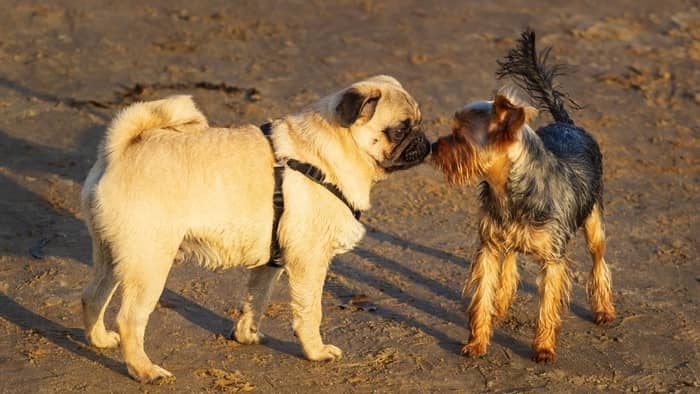 Can a Pug beat a lion?

Nope, no chance! A Pug was bred to be a lap dog or a companion, not a hunter. Its size is way too small to take down a lion. Most likely if a Pug encounters the “king of the jungle” it would be the former who would be attacked and eaten at a moment’s notice. However, it is extremely rare that these two will even cross paths since Pugs were never seen in Africa, and lions never really roamed the Chinese forests, even in ancient times.

What dogs were bred to hunt lions?

A Rhodesian Ridgeback breed was always used as the one for lion-hunting. It is also referred to as an “African lion dog” to specify where it originated from and who in particular it hunts. They look a lot like Greyhounds (and, in fact, they are from a hound family), but the latter are much skinnier and their muzzles are longer.

What were Pugs originally used for?

Pugs were bred to be companion dogs and were extremely popular among Asian royalty. They are excellent guard mutts who can quickly alert their master of an intruder’s presence. Technically, they can be used for hunting, but have lost their instinct a while back and were primarily just serving as loyal canine guards to their aristocratic masters.