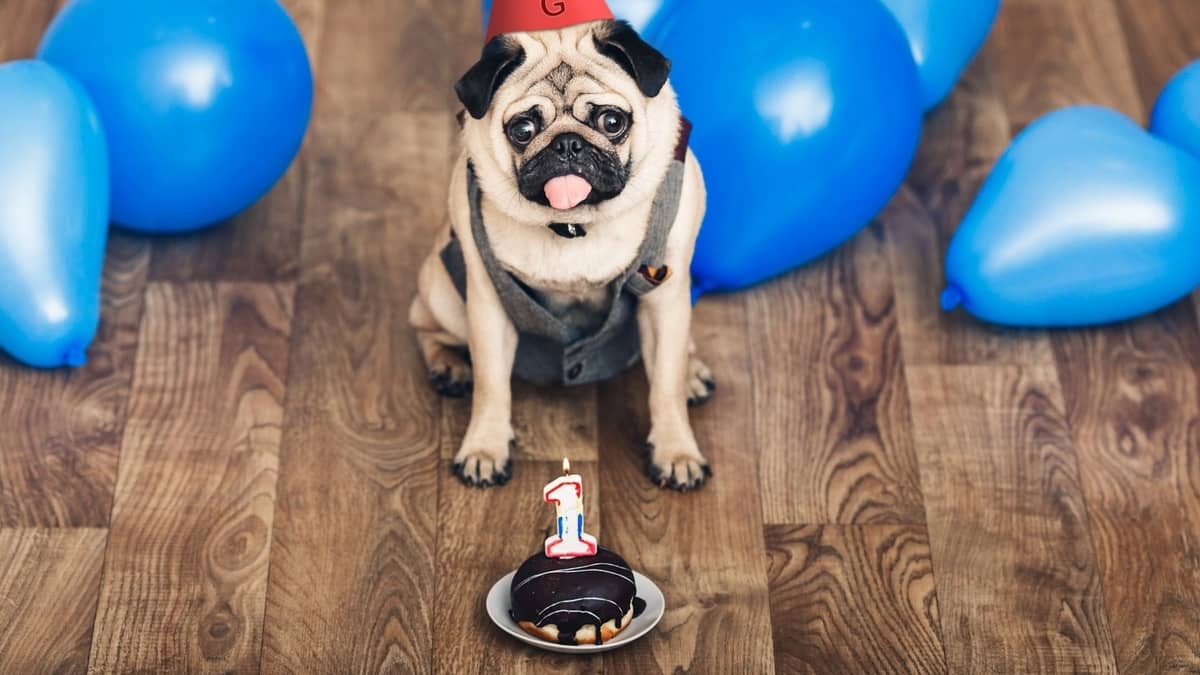 Any dog owner at least once asked himself/herself in curiosity: “How do I calculate dog years to human years?” And that is understandable: you want to know when your pooch is considered a pup, an adult, and a senior citizen in human years. One of the possible reasons is to provide it with the best care possible at various stages of its life. What is more interesting is that not all breeds are alike when it comes to the dog-years-to-human-years formula. It means that you have to calculate the human to pup years ratio for each breed separately! And what about Pug’s age in human years, for example? We will answer that question shortly. For now, we need to find out what the general formula is when you calculate the dog’s “human” years.

As early as the 13th century, there were speculations among medieval scientists and philosophers about animals’ “human” age. Or rather how an animal’s age can relate to a two-legged’s years. One particular British artifact points out how researchers came up with a formula to help with precise calculations. And we are talking about the Cosmati pavement located in Westminster Abbey, England. What was inscribed into the abbey’s floor is a breakdown of all the living creatures’ lifespans (including humans) and the fact that each living creature following the previous one mentioned in the inscription lived 3 times longer. Therefore its lifespan tripled.

For instance, a hedge has lived for 3 years, a dog-for 9, a horse-for 27. If we go back to the math basics of multiplication, we’ll see that this calculation was right. Each following creature had 3 times longer lifespan. Taking that a human has lived for 80 years, each year of a dog’s life would equal 8.8 human years. Which is actually pretty close to the old notion of 1:7 dog-to-human years ratio that many believed in.

Since the 1950s there was always one universal formula that helped pet parents to learn how old their pooches are in human years. That formula was the following: each dog year was equivalent to seven human years. And this is what each dog owner took as the right formula for a while. However, recent studies have shown that it is not exactly accurate because you have to take a look at each canine breed individually. If you want, you can refer to this dog age calculator by finding your fur baby’s breed as well as putting in its age. You will discover the information you are looking for in no time!

So, what is a contemporary way to estimate how old a pet is in human years? As a rule of thumb, you have to add 15 years to a 1-year old pooch. And the older it gets, the ratio number will be smaller. For example, a 2-year-old dog will be 22-24 in human years. That’s 12 years for every dog year then. A three-year-old will be 28 in human age on average: that’s 9 human years for every dog year as it gets older, etc. With hounds’ lifespan, things get interesting though.

Even though large mammals live longer compared to smaller ones in the animal kingdom, with dogs it is actually quite the opposite. Smaller mutts have a longer lifespan compared to their bigger canine counterparts. Why? Scientists don’t know for sure, even though they have studied this question for a while. There is a theory going around that larger canines succumb to various illnesses quicker than the smaller ones and studies have linked overall body mass to aging faster. Speaking of smaller breeds: if we look at Pugs, what is Pug’s age in human years? Let’s find out!

So, to start with, how long do Pugs live? A Pug’s age span is normally about 13-15 years on average, which is kinda average for a canine. A Pug’s puppy stage would be anywhere from birth to 1 year. Usually, female Pugs give birth to 3-6 pups at a time, and any future pregnancies can be more abundant with up to 7-9 puppies altogether! When a fur baby turns 3 months old, it can readily join a human adoptive family. 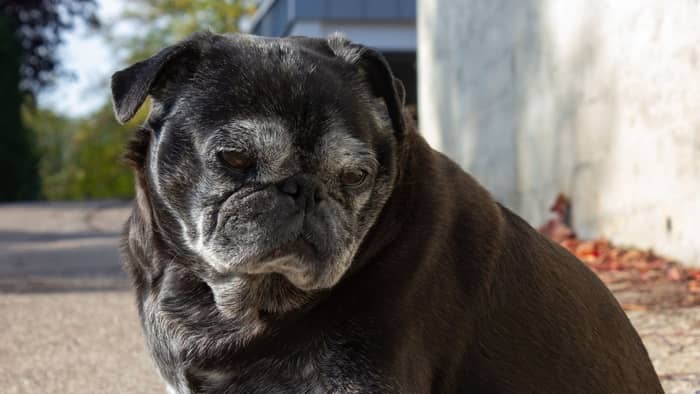 Learn more about: How Much Are Black Pugs?

Pug enters adulthood at 1 and until around 6 years old. A full-grown Pug male will normally be larger than a female: up to 14” tall. Females can reach 12” in height. Adulthood is the peak of a Pug’s energy level. It’s in good physical and mental shape and doesn’t develop any major health issues until it reaches the “golden age.” Besides breathing issues maybe, which all Pugs have since this is considered a brachycephalic breed.

According to the dog age calculator we briefly mentioned above, a Pug enters its senior stage at 6 years old. Therefore, it is the longest one out of all three life cycles. A pancake-faced retiree will typically start developing various ailments such as cardiovascular, joint, vision, and thyroid problems. Not to mention worsening breathing as well as obesity issues if a Pug is overfed or is given low-quality dog food in large amounts. It is imperative to bring your aging pooch to the vet at least every 6 months to stay on top of its physical and emotional wellbeing to increase its lifespan.

And now, if we break down Pug’s age according to human standards, it won’t be any more different than the aforementioned facts we mentioned for all canines in general. For the first year of a wrinkle-faced life, you have to add 15 years. Therefore, a 1-year-old Pug would be considered a 15-year-old teenager. When a Pug is two, the dog-to-human years’ ratio is smaller-12 years. That means a 2-year-old button-nosed pal would be a 24-year-old adult. When it turns 6, it would be 40 years old by human standards and will be considered a senior citizen pooch. Hence, the ratio lowers: 6.6 human years for every dog’s year (you have to multiply 6.6 by number 6 in this case. You will get the number 40 as a result).

Any devoted, and curious pet parent would want to know how to estimate his/her pooch’s “human years” at every stage of its life. Just remember that you have to do your calculations based on your mutt’s breed since no two dog species are created equal. To do so accurately, you can use the help of the dog age calculator we’ve mentioned in the article.