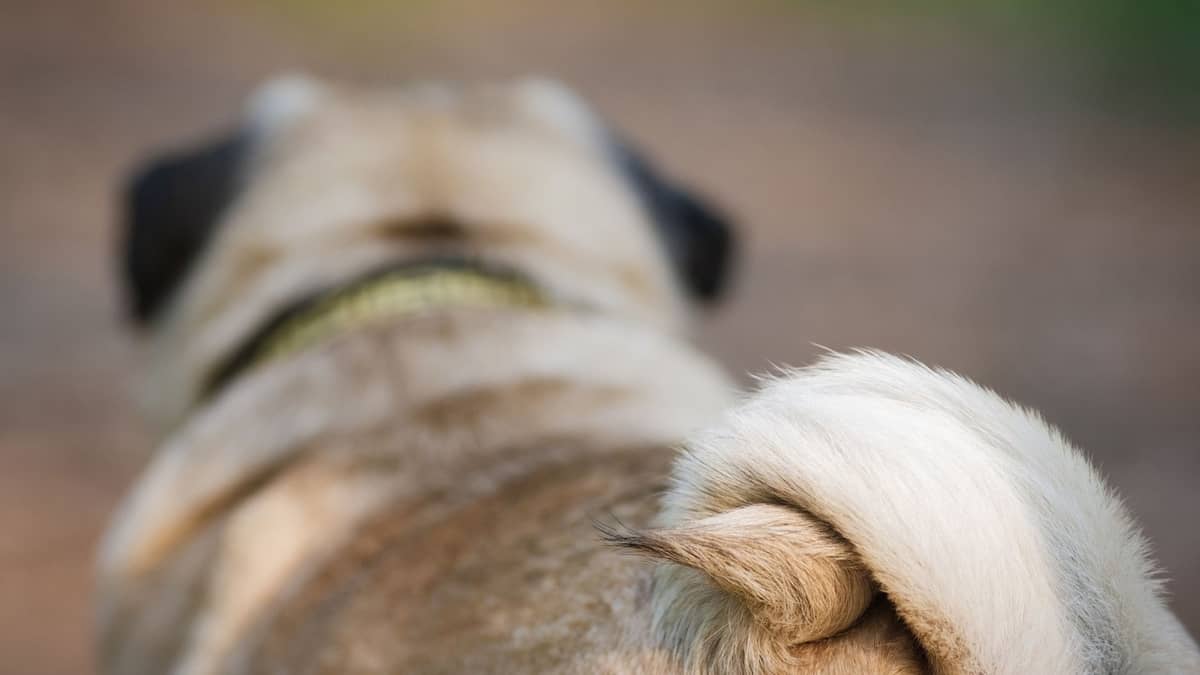 Pugs are a unique breed, and their genetic makeup results in a distinct set of Pug health issues, as well as pug tail problems. Pug health concerns vary from dog to dog depending on their ancestry and genetics. However, there are a few typical Pug health issues to be aware of if you’re thinking about getting a Pug.

A Pug’s tail, curved in the shape of a Q, is one of the breed’s most distinctive traits.

Why Does Pug Puppy Tail Be Curly?

What Are Some Of The Most Prevalent Pug Tail Problems? 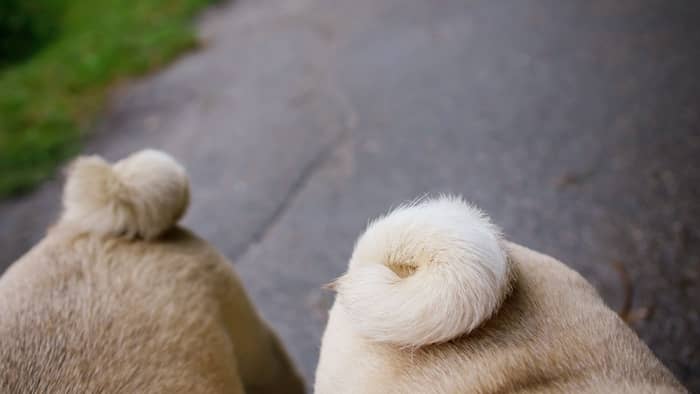 A Pug’s most striking characteristic is its Q-shaped tail curl. Many folks wish their Pug dog had this tail form. However, the Pugs gorgeous tail causes a couple of issues. The folded area of the story absorbs a lot of moisture, which invites the fleas in.

Pugs have a body shape that makes it difficult for them to reach their tail. Their Pug tails are unable to be chewed. Fleas can quickly multiply in a Pug’s tail. This development can cause tail injuries, skin allergies, and discomfort in your Pugs.

When cleaning his wrinkles, be sure to inspect the area where his tail joins his body. Also, after a wash, properly dry the Pug tail area. You don’t want it to stay wet, because that might lead to an infection.

A variety of variables influence your Pugs’ health, including his surroundings, nutrition, and heredity. It’s nice to understand the many pug illnesses and difficulties that might occur to effectively protect your pug from breed-specific predisposition disorders. Here is a list of Pug health concerns and issues:

Fleas take advantage of this and grow quickly, which they cause damage to the tail, discomfort, and skin allergies. Signs of redness around the base of the Pug’s tail, as well as any evidence of blood or discomfort, are one of the best methods to spot this problem.

It’s important to keep an eye on your Pugs’ tail to ensure it’s in good shape.

Because of their stubbed snouts, many Pugs have a small and narrow nasal cavity. Pugs with this genetic trait are more likely to suffer respiratory issues. Debris and moisture can easily become trapped in the nasal cavity due to the decreased length of the snout.

Stenotic Nares is one of the most frequent disorders that causes breathing problems. Stenotic Nares is a type of hereditary abnormality produced by deformed cartilage in the nose. As the airway continues to collapse, this disease can pose a huge health danger.

Exercise intolerance, fainting, loud breathing, and cyanosis are all symptoms of Stenotic Nares (gums that are blue due to a lack of oxygen).

Pugs are known for their prominent eyes, which are a common trait. Pug eyes are more prone to developing a variety of eye problems due to their naturally protruding appearance. Entropion is a type of entropion that Pugs are prone to.

When the eyelid lining folds inward toward the eyeball instead of outward, vets call it entropion. Eyelashes can scrape the eye surface as the eyelid folds in this way, causing damage that might obstruct vision or result in irreversible blindness over time.

Problems with the skin

Pugs have a lot of skin creases, which makes them more prone to skin problems. Pyoderma is one of the most prevalent skin problems that pugs suffer. This is a bacterial infection that causes little red bumps, pus-filled pimples, and blood-filled blisters.

Pyoderma is common in pugs’ face folds, lips, and between their toes. Pyoderma is avoidable, as well as it is best to avoid by inspecting the regions in between your pugs’ skin folds regularly and ensuring that they are always dry and clean.

Hemivertebrae are unusually formed bones in the spine. These bones do not line appropriately with their surrounding bones in the spine due to their irregular form. That can result in spinal column instability and deformity, which can cause the spinal cord or nerves emanating from it to get crushed and injured.

That results in extreme discomfort, wobbliness (ataxia) in the hind legs, as well as loss of hind limb function, and incontinence. Compression of the spinal cord can cause excruciating pain. Dogs that are affected may also have a loss of function in their rear legs as well as bladder and bowel control.

Not all animals with hemivertebrae show symptoms; some show just minor evidence of ataxia, while others show no symptoms at all.

The Pug breed has a program in place that the Kennel Club recognizes and will inspect as well as provide professional advice on any X-ray given to them at no cost to the Pug owner.

This program is collecting data that future studies are utilizing, as well as assessing the scope of the problem and allowing breeders to make better-educated decisions.

The evaluation of radiographs of the spine for hemivertebrae, as well as the issuance of a report, that is about the examination are the major goals of screening.

Many otherwise healthy dogs may have symptoms of HV on radiography, and people shouldn’t use them for breeding. The program excludes any additional inherited.

The tail of a Pug is a body component that people overlook frequently. It’s a way for your friend to converse with people and other canines. Just like you should preserve your Pugs’ squishy faces, you should also safeguard their tails.