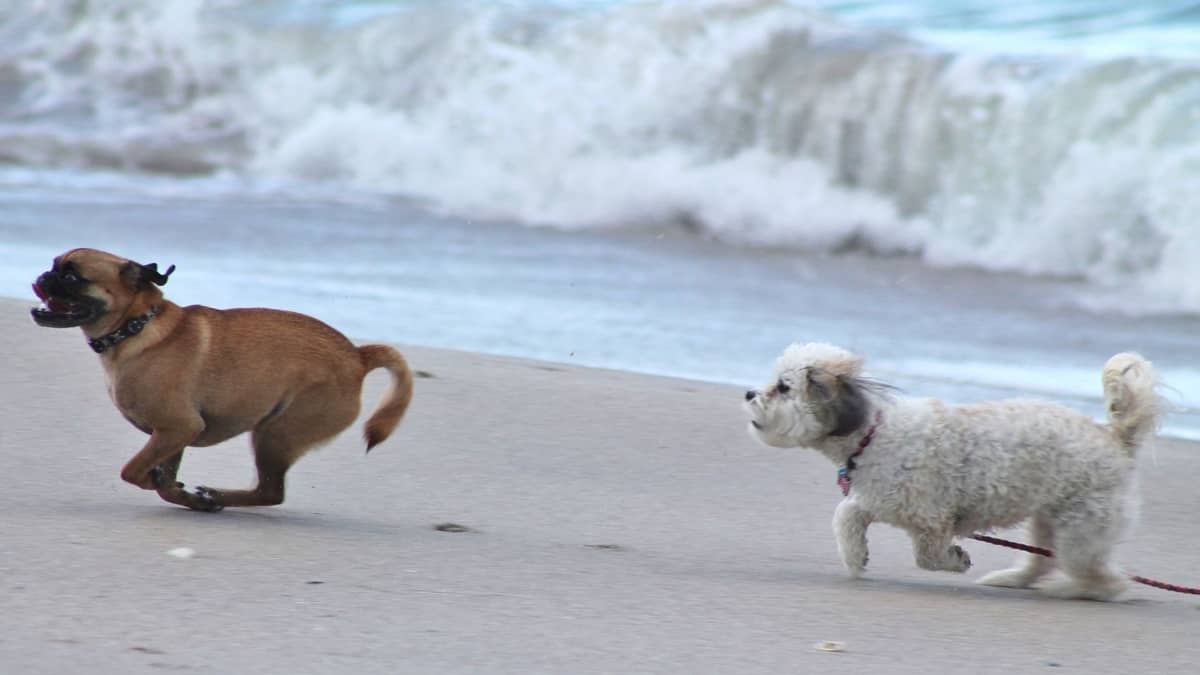 What is a pug mixed with poodle? Is it a pure-bred dog or a so-called designer dog? Is it just an ordinary mixed breed? In this article I will discuss the Pugapoo. Is this the right dog for you and your family?

Does A Pug Mix With Poodle

Does a Pug mix with a Poodle? Actually, people have been mixing these two pure-bred dogs for centuries. Some dog people believe the Pugapoo has been in existence since at least the 17th century. The origin of the hybrid is not clear, however.

Someone wanted to mix the poodle – a water dog – with the smaller Pug to create a smaller version of the poodle or a Pug that sheds less. Even though these dogs are believed to be around for centuries, their current development began in 1990.

What’s so special about these dogs? Their owners will tell you they are adorable. Because they are a hybrid no two pups are going to look alike. For instance, a purebred poodle can look just like the other three in his little. Or a Pug might closely resemble his brothers and sisters.

A Pugapoo can look more like the poodle or more like the pug. You never know. The Pugapoo is usually a sturdy, little dog – muscular and compact for instance. The coat is often curly, and the tail is carried up over the back. It is puffy. The only physical characteristic you can count on from one pug mixed with poodle to another is the short, flat face with the pushed-in nose of the Pug. Why this physical characteristic shows up in most Pugapoos, is not entirely understood. 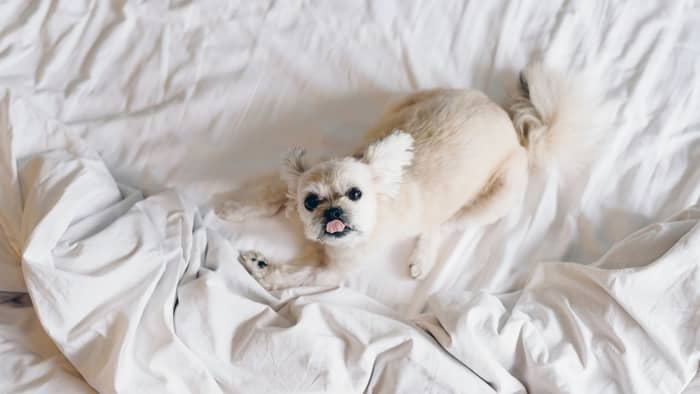 Half Pug Half Poodle

Why do you want a half Pug half Poodle? There are a lot of great reasons. This dog sheds very little and though no dog is completely hypoallergenic, the Pugapoo comes close. At the same time, this is a great family dog. For instance, the Pugapoo is playful, happy, gentle, and affectionate. They do well with children and adults. They do well with other dogs and with cats.

The Pug mixed with Poodle wants to please you, is smart, and therefore easy to train. There are no signs of separation anxiety with this hybrid dog. They do have the energy of the poodle most of the time, so be prepared for that. This is a small dog with a big personality. They are clowns but they have ideas of their own as well.

Does A Pug Mix With Poodle

I think I have more than answered the question, does a pug mix with a poodle. Yes! Yes, and yes again. This designer breed is easy to train and housebreak. They love their people and want to spend time with you whenever they can. However, as previously mentioned they are okay alone without separation anxiety. Your poodle mixed with Pug will be a great family dog or a great dog for an elderly person. Whether you live alone or with ten people this Pug mix with poodle could be the dog for you.

There are a few issues, however. For instance, your Pugapoo needs a lot of ways to shed his energy. You will have to walk her a couple times today even if you have the biggest yard in the world. Exercise and mental stimulation are must-haves for this dog.

What other downsides come with this half pug half poodle breed? They don’t like loud noises. They don’t like city street noises and they can get overwhelmed. At the same time, both parental dog breeds can be clowns and they can be mischievous. They can get in trouble. They love to play and with their big personalities, they will be in your face a lot demanding your attention.

Health Issues For The Half Pug Half Poodle

Hybrid dogs have a reputation for being healthier than their pure-bred parents. People believe that whatever issue the parent has gets crossed out by the other parent breed. In many mixed breed dogs, this is true. However, all hybrids can carry a lot of the medical issues of their parents.

So, when you are mixing these two pedigree dogs think about some of the health issues they may face. Some of these are caused by the cross-breeding and inbreeding that happens with designer dogs. Others can be caused by you if your Pugapoo doesn’t get enough exercise or the right diet.

Pugapoos are sturdy but lean dogs. So don’t overfeed and make sure their diet is healthy. You don’t want the issues that come with an overweight Pugapoo. Pug mixed with Poodle puppies have more health issues than the adults do. For instance, some of the puppies can suffer from:

Even though the Pugapoo might be susceptible to these issues most will not have any of them. Your Pug mixed with Poodle will usually live to be 13-15 years old. However, when purchasing a Pugapoo ask to see the parents and asks to see the health records. Independent health certification from at least the parents if not the grandparents should be available. This should show that the parents were tested for genetic issues and were cleared to breed.

In closing, I have to say that this hybrid half pug half poodle is a great little dog. You get the benefits of both breeds in this spunky little Pugapoo.

Learn more about: English Bulldog Puggle Mix Information: Everything You Need to Know