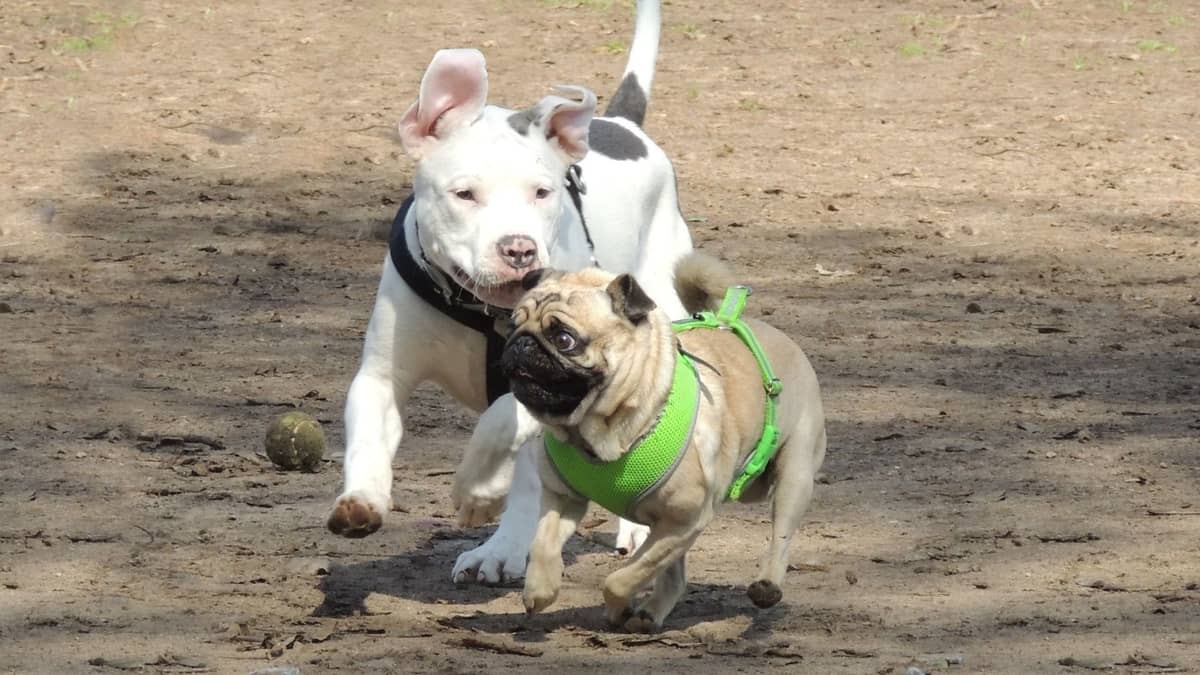 Pug Mixed with a Pitbull is a designer dog breed, a mix of two very different dog breeds: a Pug and a Pitbull Terrier. It is pretty popular with families all over the globe (with the biggest fan probably being the USA). In this canine hybrid mix, you get the best of both sides: the friendliness and loyalty of a Pug mixed with the playfulness and limitless energy of a Pit.

The Pugbull baby is much bigger than its wrinkle-faced Pug parent. It can reach the height of 15-16 inches and weigh about 30 pounds (compared to 12-13 inches and up to 25 pounds in a Pug respectively). Pitbull Pug mix females will always be smaller than their male counterparts: usually, their height doesn’t exceed 12-13 inches.

Its coat is short and smooth and the body is muscular and stocky. You don’t have to worry about it shedding a lot: this is one of the breeds that doesn’t shed much at all. Even bathing can be a breeze: you don’t have to do it often either. Just when you notice a coat starts to smell foul and is not as lustrous as it used to be. Let’s take a look at where this breed is coming from in the first place.

History Of A Pug Mixed With Pitbull

While it is not 100% clear who the first Pugbull breeder was, the breed’s origin country was most likely the USA.  Its genuine affection for American Pitbull Terriers and Pugs found a way to combine the two biggest passions to create one giant one. The “birth year” of the breed is believed to be the year 2000. We definitely know a lot more about the Bullpug’s parents, so let’s dive into their origins as well.

A medium-sized dog reaches about 17-20 inches in height and weighs up to 80 pounds! That’s one heavyweight fighter we have here. And fighting is exactly what this canine pal was raised for: the inhumane bull-fighting sports which were quite popular in 19th-century England. It was a whole show with cheering crowds making their bets, but, thankfully it was eventually terminated.

Dog-fighting battles replaced the bull ones, unfortunately. That’s how the Pitbull got its notoriously bad reputation for being aggressive towards its other canine counterparts. Hence, if you are thinking about going to a dog run with your Pit pooch, you better supervise it at all times. First signs of aggression-grab it and leave immediately! 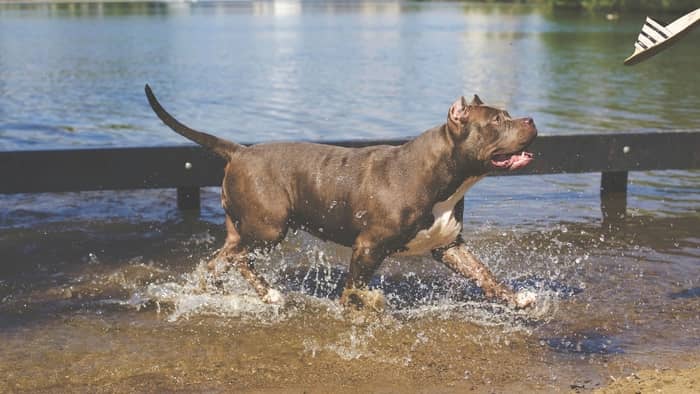 While it can be unfriendly with dogs, it is always loyal and submissive to its human parents. You probably won’t be able to find a better “nanny” for your child. They have an excellent demeanor with their little human siblings, willing to play with and protect them.

This breed is actually one of the oldest on the planet! It belongs to a toy breed dog group, with a height reaching 13 inches maximum and a weight not exceeding 25 lbs. Its history goes all the way back to ancient times when Pugs served as companions to noble families as well as guards, and protectors of assets. They also lived with Tibetian monks in the monasteries, where they served as watchdogs. From Tibet, they made their way into China.

The Chinese royal court adored Pugs and guarded them just like the other royal family members. These were some lucky pups to live in luxury and be treated as dog royalty.

Read morea about: How Much Are Black Pugs?

The Main Characteristics Of A Pug Mixed With Pitbull Dog 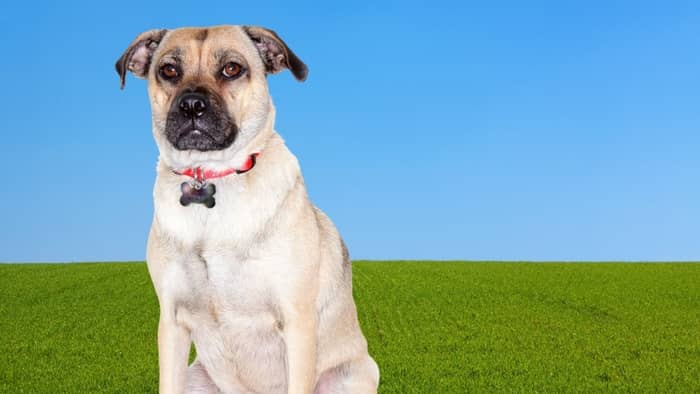 A Pug mixed with Pitbull puppy may be an excellent pet choice, much-loved by pet owners all over the globe for its happy demeanor, kid-friendliness, loyalty, and playfulness. It will be very protective of and highly devoted to its human parents. If you thinking about adopting one-do not hesitate! It is important to consider your financial abilities as well as the exact amount of time you can spend with your new furry Pugbull friend before you introduce it to the family.