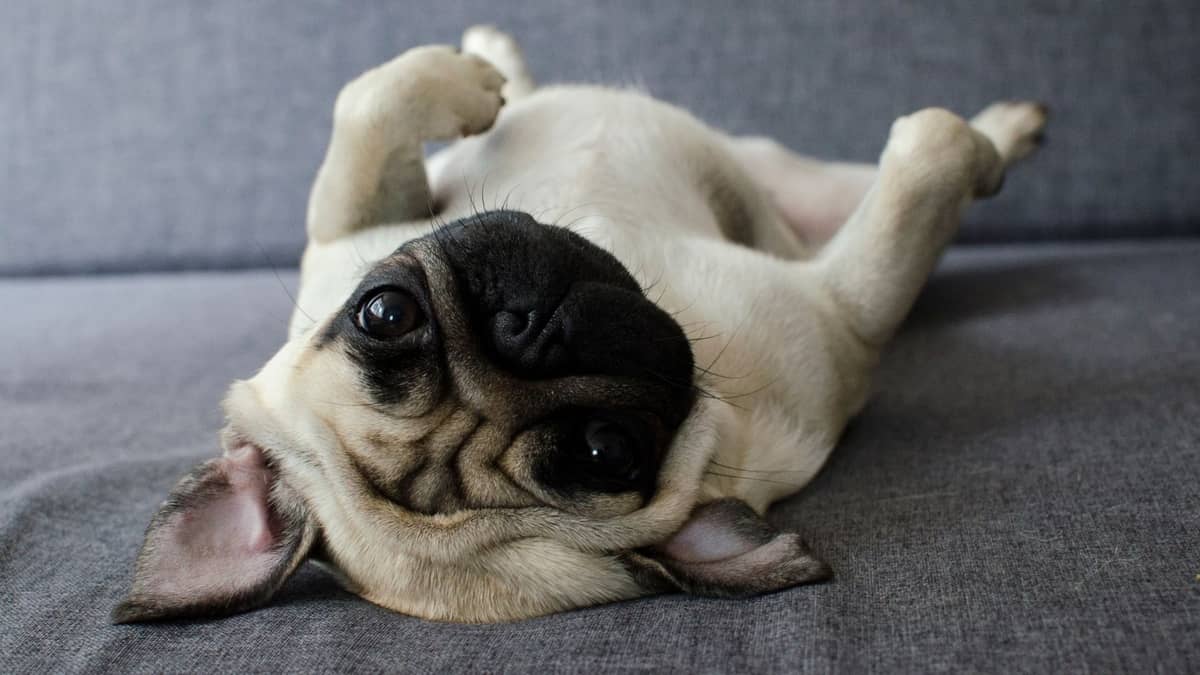 Anybody who has a fluffy canine companion at some point notices that their dog rolls over on its back when approached. It is, by all means, a very peculiar habit that we, humans, may not understand at first. While it may look extremely cute and amusing, back-rolling usually sends a very particular message to the dog owner. Showing tummy is also a great “crowd-pleaser” and becomes an instant hit with the guests visiting a hound’s sanctuary.

Since canines can’t speak human, they would use barking and their body language to convey codes they want for their pet parents to “crack.” The more a dog owner learns about his/her pooch, the better their communication will be. They would establish a strong bond by understanding the needs as well as respecting each other’s boundaries. But how did this weird canine behavior start altogether?

Why Does Dog Roll Over On Back When Approached?

As any pet parent knows, dogs originated from their wolf ancestors. Wolves are used to living in packs and there’s always one designated pack leader who is dominating the entire group. Other wolves would show respect as well as submission to the Alpha male by rolling over when it approaches.

Another good reason why wild dogs would show their belly is if they are being threatened by another animal. Rolling over sends a very specific signal: “I’m not ready for a fight, please don’t hurt me!”

Or, on the contrary, they would use rolling back as a trick to confuse their animal opponent while protecting themselves from being bit. This position is excellent for re-grouping, regaining strength, and attacking when the other fluffy creature least expects it.

While these strategies are accurate for the animal world, what about humans? Will a dog roll over on its back when approached by its two-legged counterpart?

Dog Rolls Over On Back When Approached: Most Common Reasons

The answer to the above question is yes, in certain instances they will do so. What exactly are they? 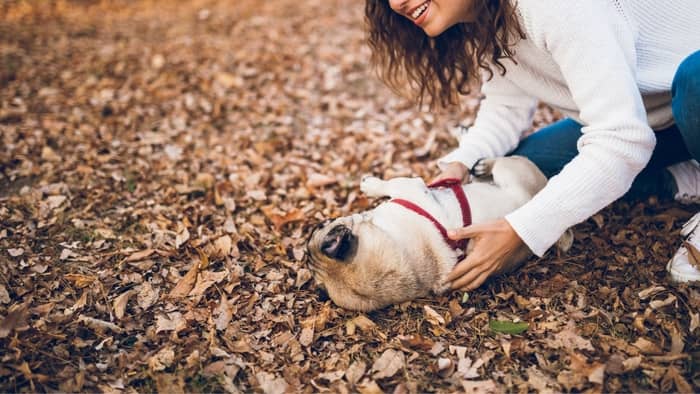 As weird and perplexing as a dog rolling on back when approached might be, it is a very common and normal four-legged behavior. Here we’ve discussed the main reasons why pooches might exhibit that. While the majority of them are nothing to worry about, the rest are signs that something is wrong, like parasite infestation or a skin condition requiring attention.

Make sure to examine your pal once in a while if it starts engaging in excessive scratching and rolling-on-its-back episodes. Other than that, use your pooch’s belly-exposing as a sign for attention and some much-needed TLC.

Read more about: Why Do Pugs Stink?