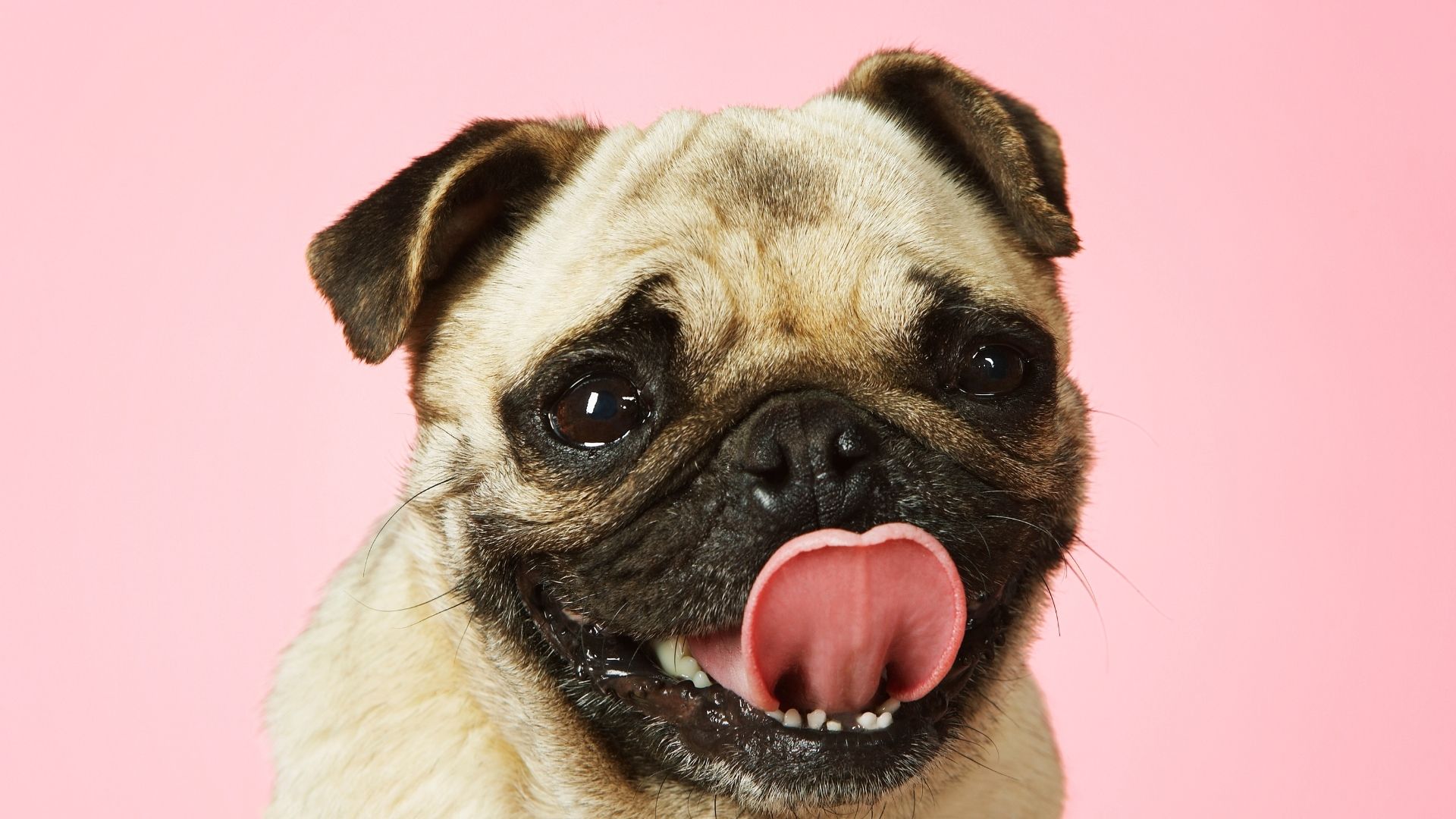 There are many aspects of dog body language that we need to understand in order to understand our dogs, and if a dog licks mouth excessively, know that that’s just another part of body language. In today’s article, we’ll be taking a look at dogs licking their mouth, drooling, and other common body language movements with dogs.

Why Is My Dog Licking Its Mouth Excessively?

Even though it usually means nothing most of the time, it’s true that a dog licking their mouth excessively can carry a worrying notion with it. Dogs will display certain behaviors when they’re feeling stressed or ill – excessive mouth licking is one of them.

It’s now known to vets and dog trainers that a dog licking its mouth in excess can actually be a way for them to cope with anxiety and nervousness. It’s also possible that your dog is feeling threatened in their current environment, which is definitely possible if there are more dogs around (especially if they’re large and your dog is a small breed).

Learn more about: Why Do Pugs Lick the Air?

However, the cause doesn’t have to be psychological. It’s also possible that your dog is suffering from nausea or some other form of pain. Although, it’s important to note that if your dog suffers from internal pain, nausea, or some illness – licking its mouth won’t be the only symptom.

The two least worrying reasons for dogs licking their mouth are allergies and dehydration. If your dog is thirsty, it’s going to lick its own mouth to freshen up.

The only way to fix this, obviously, is to drink water. Make sure that their water bowl is full.

Allergies, however, are a bit more difficult to take care of. For example, if your dog licked a toad – which is something dogs often do – it’s possible that they’ll suffer a mild allergic reaction.

Even though most toads and frogs aren’t poisonous (unless you live in the Amazon), it’s more than likely that their skin is covered with at least some protection. In most instances, this allergic reaction will pass. If it doesn’t, it’s best to take your dog to the vet.

Now that we learned that a dog licking lips a lot isn’t a reason to worry in most instances, let’s take a look at some of the most common illness symptoms that can often be accompanied by excessive mouth licking.

Firstly, your dog is more likely going to lick its mouth when it’s nervous, rather than when it’s ill. There are a few other common displays of nervousness and anxiety in dogs.

Nervous dogs are often more aggressive, but that’s purely out of fear, not out of anger. They’re also less comfortable with people touching them and they generally avoid contact with other dogs too.

A dog is nervous or anxious because of its environment, but this anxiety can also be a symptom of a physical illness.

Physical health issues often display through mouth licking and anxiety, but there are a few other things to add to this list. Sick dogs are usually in some sort of pain and they’re aware that there’s something wrong with them.

At this point, their defensive instincts kick in and they retreat to their doggie house. Most ill dogs won’t let anyone approach them, reacting very aggressively – sometimes even to their owners.

It’s also true that dogs in pain won’t eat or drink – leading to both starvation and dehydration, both of which cause your dog to lick its lips. This is a common case with nausea – if a nauseous dog eats, they’re only going to feel more nauseous.

Lastly, a dog that is ill is going to have a lot of trouble moving around. First of all – they don’t want to move around, but it’s also possible that they can’t move around, even if they wanted to, since they’re ill or injured.

Keeping all of this in mind, know that your dog licking their mouth excessively might be a symptom of an illness – but it’s usually accompanied by some of the other symptoms we just looked over.

Interestingly, some veterinarians use the phenomena of reactionary mouth licking as a way to tell whether the dog is in pain. Even though this is a to-be-confirmed theory, some veterinarians claim that when you press the dog’s body part that’s in pain, they lick their lips.

This has proven to be a very effective method for determining painful areas for many vets. This is a test that you can conduct on your own at home, but if you see your dog being very reactive to it – it’d be best to visit the vet.


Read more about: Why Does My Pug Lick Everything?: Discover 7 Common Reasons and 4 Useful Steps To Stop The Behavior

Why is my dog licking her lips excessively?

There are almost countless answers to this - it's possible that your dog is under stress, feeling anxious and nervous. It's also possible that they're just thirsty and/or hungry. Physical pain and nausea isn't out of the question either.

Why does my dog keep licking his lips and gulping?

It's impossible to know the answer without examining the dog, but dehydration is entirely possible. If this problem persists even after you gave some food and water to your dog - take them to the vet.

Why is my dog licking like he has dry mouth?

Mouth licking can be a symptom of various psychological and physical states, so it's best to have your dog checked out by a vet if this behavior continues.

Even though some mouth licking is completely normal, especially before and after meals, it’s true that excessive mouth licking can be a sign of some issue. The most common issues are also the easiest to solve – dehydration and starvation. It’s also possible that your dog is feeling nervous or anxious.

However, when accompanied by other symptoms, it’s possible that your dog is actually suffering from some physical illness or injury and this is just one of many ways for them to tell you that, so it’d be best to visit the vet.