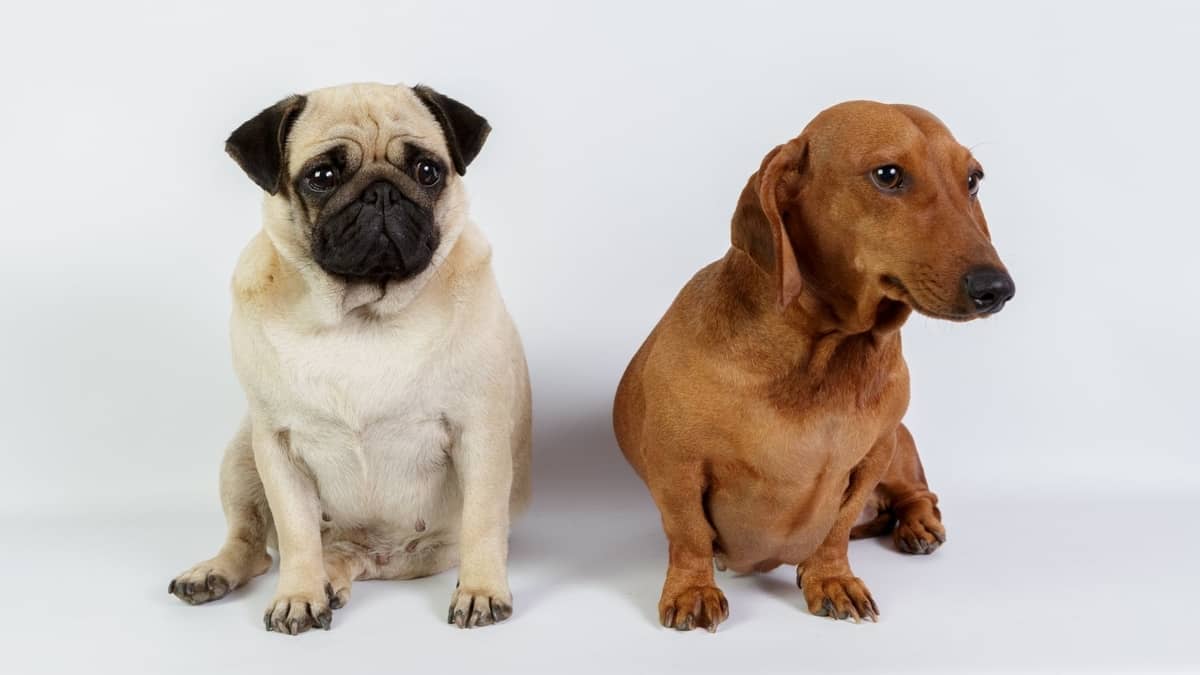 Dachshund mixed with Pug breed is a designer dog breed that is a cross between the flat-faced Pug and a long-bodied Dachshund (also known as the “hotdog” or a “wiener,” in everyday life). The breed inherited the good traits from both parent breeds of being very loyal, friendly, and cuddly. Some inherited bad traits include excessive barking, utmost stubbornness, and the numerous health problems that come with mixing two very different dog species.

Since both Daug’s ancestors are considered toy breeds, it is obvious that the Dachshund mixed with a Pug breed is not going to be tall and big. Male Daugs are usually a little bit bigger than females: they reach about 12-13 inches in height and weigh 20-25 lbs. Females don’t usually get taller than 13 inches and weigh up to 20 pounds.

Pug Dachshund mix pups still have the big, bulging eyes, the somewhat wrinkled face of their Pug predecessors. Also, they get very short limbs as well as the floppy, triangle-shaped cute little ears from the Dachshund ancestor.

It is speculated that the Daug breed actually originated in the USA, but it is still unknown to this day when the breeding took place. Perhaps it came into the world around the late nineties-early 2000s. But we can at least briefly touch upon the history of both its predecessors. 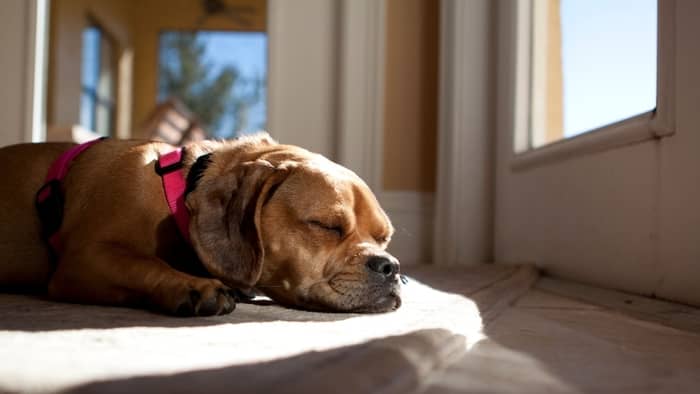 Read moe about: Is The Pug and Dalmatian Mix Right For You

The history of the breed goes all the way back to ancient Egypt where Pugs were worshiped and cherished by the nobility. Egyptians always considered cats sacred animals, but dogs were on the same level as their feline counterparts, no doubt. They served as companions as well as guards, and protectors of assets. They later traveled to Tibet and lived with the monks in the monasteries, where they served as loyal companions as well as watchdogs. From Tibet, they made their way into China.

The Chinese royal court adored Pugs and guarded them just like the other royal family members. These were some lucky pups to live in luxury and be a part of dog royalty.

This German-based breed originated between 17th and 19th-century Germany. It was bred with one main purpose: hunting. What’s amazing about the Dachshund dogs is that they could hunt animals much bigger than them: deer, foxes, and badgers. Also, they knew how to hunt tunneling animals like rabbits and weasels.

When they were brought into the United States, they just became a great companion dog, alongside its wrinkle-faced canine counterpart.

Daugs are very friendly dogs, great companions, and children’s best playmates. Its small body is quite nimble, as well as muscular (thanks to the Dachshund genes).  It is so hard to say “no” to those big brown bug eyes inherited from the Pug parent.

It will happily cuddle with you on a couch and warm you up on that chilly winter afternoon. At some point, you will feel like you have developed an imaginary “tail.” That’s your Daug pal following you everywhere. Its ultimate favorite lounging spot will surely become your lap, no more, no less. Well, at least this mixed buddy is not that heavy, you won’t feel overwhelmed by its weight.

They are very protective of their owners, their belongings (toys, blankets, etc.), and their surroundings. If they hear a mailman or a house guest knocking, they can bark up a storm! But that’s just the “bravado” they have to demonstrate, just to show the outsider the house guard is on duty today. Daugs’ loud barking is a trait of their Dachshund ancestors. Those had to bark very loud for their owners to hear them from the burrow underground while they were busy chasing their prey.

Dachshund mixed with Pug pups are prone to severe joint problems because of their very short limbs (that’s the Dachshund parent to blame). It is not a good idea for them to engage in very vigorous types of activities like jumping and excessive running. One wrong move and their fragile skeletal frame might be severely damaged.

Pug Dachshund mix dogs are also prone to Cushion’s disease as well as brachycephaly from the Pug ancestry. The former can lead to insomnia, panting, constant hunger and thirst, as well as the excessive urge to pee often. The latter can be the reason the hybrid dog has difficulty breathing, can’t tolerate heat and strenuous exercise.

The Daugs are not as easy to train because they tend to be very independent and stubborn at times: these are Pug traits. They need a very structured environment, where they know their routine and willingly follow it. Pug Dachshund mix puppies need to feel like their pet parents are the leaders who they should obey and respect. Dog owners need to establish boundaries from very early on for this mischievous hybrid breed not to violate. Being firm, as well as fair, is the key to Daug’s successful training experience.

Taking Care Of A Dachshund Mixed With Pug

This designer breed doesn’t need anything different than any other breed as far as their care is concerned.

Or you can try some puzzle toys out there on the pet market. They have the same idea of trying to recover treats as in a Kong toy. The difference is that the furry friend might have to press some buttons to expose the delicious snacks hidden behind. 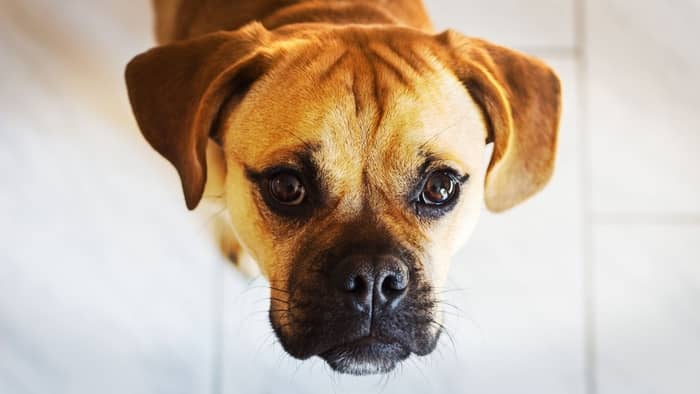 A Dachshund mix with Pug pup is a great choice for any owner as it is an extremely friendly, cuddly, happy, and loving pet! The only major issue is that it can be quite a barker! This demeanor has to be corrected right on the spot and continuous training has to be implemented for the hybrid pal to learn how to behave. You will need all your patience you’ve got to discipline this stubborn furball, but it is well worth it in the end.