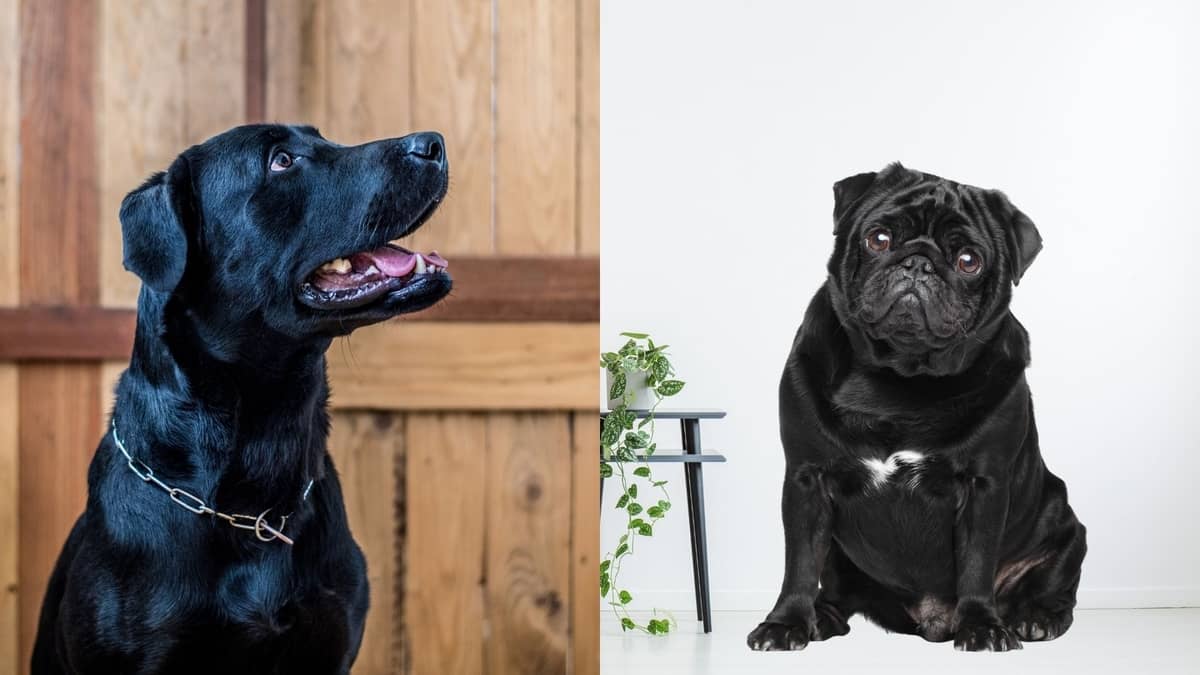 The black Labrador Pug mix pup is a very peculiar hybrid, a result of crossing two very different in size dogs: the teeny-tiny Pug and a large-breed Labrador. The crossbreeding was done on purpose. Since Pug is known to be a brachycephalic breed, it has always had breathing issues, bringing its daily activity routine to a minimum. Therefore, the breeders decided it was time to help Pugs be healthier, and have a longer life span as well. That’s when the goofy Lab came into the picture.

When creating a hybrid dog, the usual practice is to inseminate a female of a bigger breed with a smaller-breed father. A solid-sized mommy will be able to carry a large litter and give birth with almost no complications. The Pugador pups are no exception. Normally, a Lab female would give birth to the Labrador Pug mix puppies.

However, some breeders wouldn’t be responsible at all and start some very unsafe practices of impregnating a Pug mother. Consequences can be very disturbing for both the poor female and her pups. Hence, it is so important to choose the right dog breeder when picking a Black Labrador Pug mix pal to welcome into the family.

So when did crossbreeding of two different dog species started? Who was responsible for creating such an adorable hybrid pup?

It is very unclear who the first Black Labrador Pug mix breeder was, there’s is very limited information on how and when the first Pugador puppy emerged. Supposedly, the interbreeding of Pugs and Labs started in the USA. A lot more information is known about a Pugador’s parents, so let’s look into that.

As the breed’s name suggests, this dog is proficient in retrieving objects and delivering them to its master. The history of the Lab can be traced all the way back to Canada, to the Newfoundland region to be exact.

The first mentioning of the species was in the 16th century. These Lab dogs were used as fishermen’s companions, as well as helpers. They worked alongside their owners assisting in…yes, retrieving fishnets full of some good days catch. Lab’s intelligence as well as their hardworking nature quickly earned them a great reputation in the two-legged world.

A few Lab dogs were brought to the British Isles in the 19th century and English hunters were actively using them to hunt various small birds. These tracking wizards would always help their masters to find a way out of the dense woods and make it home safe.

Ancient Egypt is where the first mentioning of the Pug breed was noted. They were worshiped and cherished by the Northern African nobility. Egyptians always considered cats sacred animals, but the Pug dogs were on the same level as their feline counterparts.

They served as loyal friends, guards, and protectors of assets. Later on, the wrinkle-faced traveled to Tibet and lived with the monks in the monasteries. Their job was to be devoted companions as well as watchdogs. From Tibet, they made their way into China.

The Chinese royal court adored Pugs and guarded them just like the other royal family members. These were some lucky pups to live in luxury and be treated as dog royalty.

Now, let’s take a look at some of the most common Black Labrador Pug mix pup characteristics. 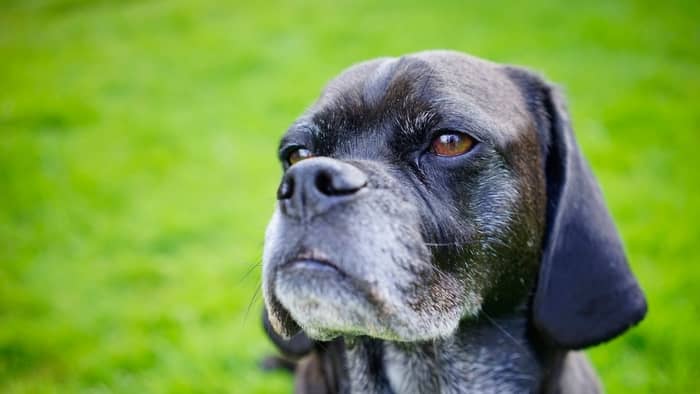 Learn more about: What Is A Pug Mixed With Corgi

A black Labrador Pug mixed hound may be a weird combo, but a happy-go-lucky one no doubt! It inherited the laid-back nature, the loyalty, and quirkiness of a Pug as well as the intelligence, goofiness, and energy of a Lab.

The breed is a little more high-maintenance than a Pug, requiring extra attention. Nevertheless, in case an owner is a sporty and outdoorsy kind of person, he/she won’t find a better match. Sounds like you? Then go get yourself a new furry family member, what are you waiting for?