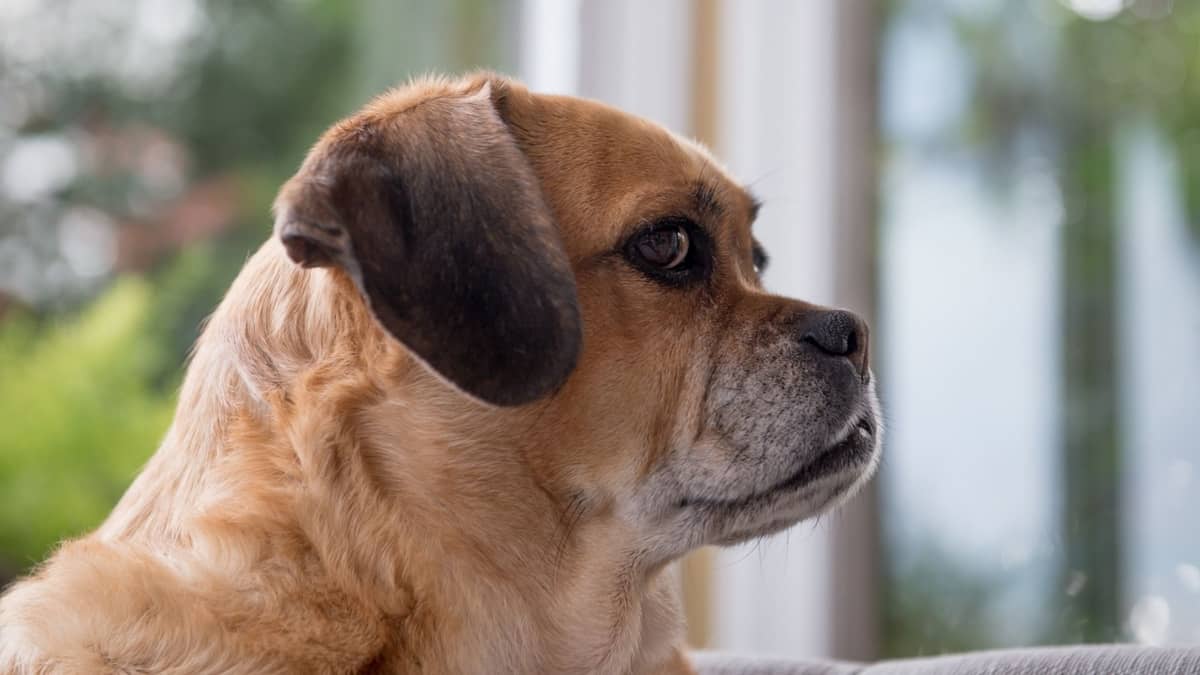 A Puggle is a hybrid of a Pug and a Beagle. It has Pug’s distinctive “bug eyes,” but a much longer muzzle. The crossbreeding of these two very different species was done on purpose to help the brachycephalic Pug straighten out its breathing issues and create a much healthier canine member in return. Since Puggle is a hybrid, it is hard to predict who it is going to take after as far as appearance, health, and temperament are concerned. More often than less, a Puggle will take after its Pug ancestor in appearance. However, the potential health issues are unpredictable. You might be looking for answers to questions like: “Whose genes are going to be stronger: a Pug’s or a Beagle’s?” and “What is the average lifespan of a Puggle?” to learn more about your chosen dog breed.

There are no two same Puggles out there. Every dog has its own characteristics despite the fact that it’s the same species. But one thing we know for sure: by crossbreeding the world has got a much healthier, stronger, and more active version of a Pug.

If you were thinking about getting a Puggle for a while and wanted to follow in the footsteps of some famous Puggle owner celebs (like Uma Thurman, Kelly Osbourne, Sylvester Stallone, for example), read on and you will learn a lot of interesting facts about this peculiar breed. You will also be able to get an answer to the question “What Is a Puggles Lifespan?” to know how long you will be able to enjoy the company of your beloved four-legged. For now, let’s start with how it all began for Puggle pooches.

Where Is The Puggle Breed Coming From?

Puggles have Asian and European roots. To be exact: a Pug originates in China and Beagle-in medieval England respectively. The former was very popular among the European Royals, including the English Royal Court. Some of the British Queens were avid Pug fans, with one of the most devoted being Queen Victoria. She was also a self-proclaimed Pug breeder and owned quite a few who were among her favorite dogs.
A Pug was mixed with a Beagle in the late 1900s, by a “designer dog” breeder from Wisconsin named Wallace Havens. He had a lot of crossbreeding experience in his resume, therefore he undertook the assignment of creating a very interesting canine hybrid with confidence. That’s how the first Puggle pup was created.

The new Puggle breed was later registered by the American Canine Hybrid Club and the standards were agreed upon that this species had to meet in order to participate in competitions.

Now, let’s take a look at its main distinctive characteristics.

Appearance: normally a Puggle puppy looks a lot like a Pug when you look at its facial features. You can spot a “smushy,” flat muzzle, cute button-like spout, bulging, curious eyes, and, of course, wrinkles all over. Not as many wrinkles as a Pug itself would have, but still, plenty to add to its charm. 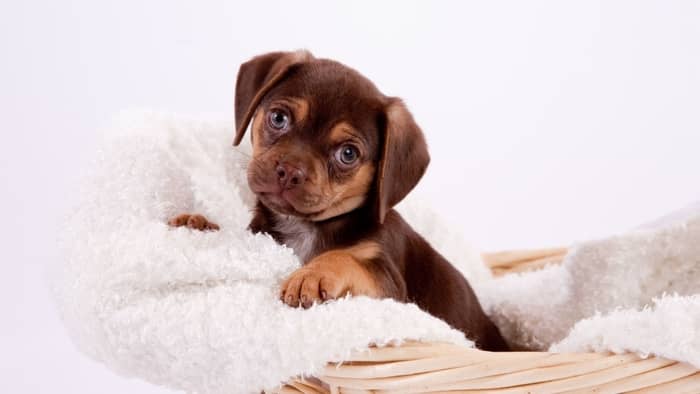 Temperament: a Puggle is a lot more active than its flat-faced parent, therefore will need an owner who appreciates a healthy, active lifestyle. It gets its crazy energy from the Beagle parent and will require more than just a few potty walks per day. Puggle gets its affectionate nature and loving personality from both ancestors. Therefore as a pet parent, you get double the love. An added bonus: a Puggle is a very kid-friendly dog and is super suitable for first-time pet mommas and papas.

However, on the downside, this breed is an avid barker and will not stop for a while if it hears the mailman come by the door. The barking tendency is a Beagle parent to blame for.
Trainability: have you heard the saying “A good dog is a tired dog?” I bet you have and you know what it means. This hybrid pup needs to be vigorously exercised for better obedient behavior. When a pup learns tricks and commands, not only it is beneficial for its physical state, but also a mental one as well. Keeping both in check prolongs the average lifespan of a Puggle. Hence, you can enjoy more quality time together.

Health: a Puggle inherits quite a number of health issues from its pancake-faced and floppy-eared parents. Most of those problems are transferred from a Pug dad (a good breeding practice is to make a bigger canine species a mom and a smaller one-a dad), who has respiratory, cardiovascular, joint, eye, and thyroid problems.
However, these issues are not as pronounced as a Pug’s since a Beagle mom gives her Pug puppy a much more elongated face. This helps with normal air circulation. Now, taking this above-mentioned health information into consideration, you might be asking “ How long do puggles live?” It is good to know the exact timeframe you will have at your disposal when you adopt such a pup.
The Average Lifespan of a Puggle

In general, you can enjoy at least 11-15 years on average with your beloved lively companion. Pretty average for dogs, by the way. A Puggles life expectancy directly depends on a few factors that any owner has to be on top of: good nutrition, exercise, and emotional wellbeing.

Good Nutrition: if you feed your canine pal good quality dog food, you are investing in its quality of life. A respectable brand will have all the necessary vitamins, minerals, and fiber for a proper puppy’s skeletal, muscle, and mental development.

Exercise: as we briefly mentioned above, provided that a Puggle pup has plenty of physical daily stimulation, it will grow into a more fit, and healthy dog. It would be very beneficial if your pooch will have a chance to have a play buddy: either you or human/canine siblings.

Learn more about: How Much Should a Puggle Weigh?

Emotional Wellbeing: dog parks are an awesome platform for early canine socialization opportunities. To ensure the best Puggle emotional development, it is recommended to start introducing your mutt to other fluffy friends right after it had all the required shots under its furry belt.

Also, another way to challenge your pup’s mind is for the owners to invest in some puzzle toys like Kong, for example. It can be stuffed with various delicious treats and would occupy your hound for quite a while as it tries to get yummies out.

A Puggle is a dog who will breathe new air into your life. It is one of the best companions, and family pooches who will always be the “life of the party.” Its dedicated and affectionate nature is truly remarkable. As one car sticker says that I saw not that long ago while driving to do my chores: “Who Saved Who?” That is so true!

Humans think that they save their four-legged, while it works both ways really. If you bring a man’s best friend into your world and give it the top life it can have, then it will keep you company for a very long time. A Puggle’s life span will increase taken it feels loved, appreciated, and cared for. And so will yours!