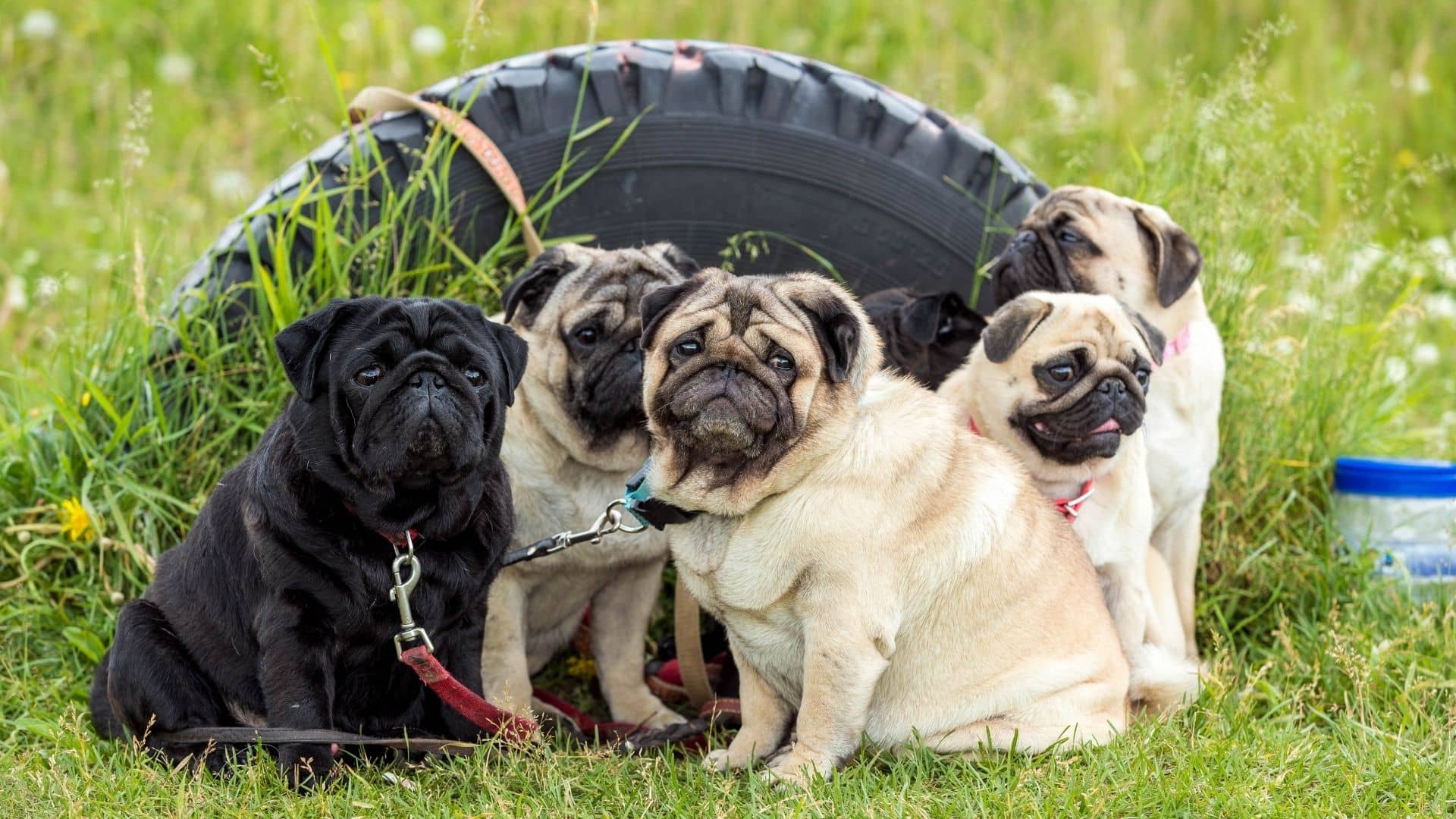 A pug is a toy breed dog, small and stocky. They are very cute, cuddly, and sociable companions. Their only desire is to make sure that their pet parents are happy. Pugs usually have bulging eyes, short strong legs, and a flat face. Well, this type of “visage” is what is causing many breathing problems, and consequently, a shorter average life span of Pugs. So what is the average age of pugs? We’ll cover that a little later. For now, let’s focus on where the breed coming from and its main characteristics.

Where Is Pug Coming From?

The history of the breed goes all the way back to ancient Egypt where pugs were worshiped and cherished by the nobility. Egyptians always considered cats sacred animals, but dogs were on the same level as their feline counterparts. They served as companions as well as guards, and protectors of assets.

Later on (around 2000 years ago), the selective pug members traveled to Tibet and were domesticated by Buddhists. Monks fell in love with these big-eyed pups and quickly developed a bond, making them devoted companions and monasteries’ guards. Pug pups let their owners know if an outsider was approaching the gates. Tibetian priests regarded these dogs as sacred as they believed that they helped to drive diabolic spirits away.

Pugs eventually ended up in the European royal courts and were very popular among European monarchs. It is a known fact that both Queen Victoria and later on Queen Elizabeth II adored the breed and had many Pug pets in their royal residences. The former like the breed so much, that she became a Pug breeder herself, raising many pups to be her royal canine companions. One of her favorite Pug pups was the one named Basco.

You have to start the training process from early on, to prevent any unwanted behavioral problems in their adolescence. And what is the average life span of Pugs you may ask? Let’s find out.

What Is The Average Life Span Of A Pug?

The average life span of a Pug is about 12-15 years. Some pugs who are crossbreed with another dog (like in the case with Puggles and Retro Pugs) tend to live longer as the breed they are mixed with lives longer too. Also, the mixed breeds have a lot fewer health issues, which also prolongs the average life span of Pugs.

Females tend to live a little longer than males. The average age of a female Pug is 13.5 years, while males live for about 12.7 years.

A lot depends on what pet parent feeds his/her Pug baby with. If it’s high-quality dog food or homemade meals, the pup will live a lot longer, way into its senior stage. 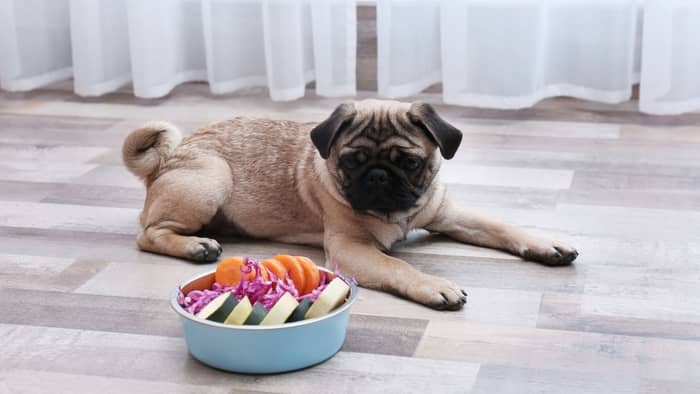 Also, Pugs who get enough daily exercise tend to live a lot longer. They don’t need any intensive running around, but a few short potty walks a day should be plenty to keep them active as well as healthy.

The oldest Pug in the US recorded was the one by the name of King Tug. He turned 18 years old in 2020. So how do you make sure that your Pug lives the longest, what’s the key to that?

Taking Care Of A Pug

To make sure that the average life span of Pugs stays in decent range, these furry pals need to follow a certain type of health routine to keep them in tip-top shape. Also, each individual breed’s needs vary. Therefore you might want to do extensive research on your dog’s breed to see what the best care plan for this particular kind is.

The three pillars of a long, healthy life for both the two-legged and the four-legged are proper nutrition, exercise, and mental health stimulation. The latter is needed to prevent dementia, Alzheimer’s syndrome, and other brain health-related issues.

As we learned, the average age of Pugs is 12-15 years. But with proper personal care, a Pug pal can live much longer, taken it follows good health, nutrition, and exercise routine. It is a pet parent’s responsibility to take a little wrinkle-faced fella to a veterinary specialist every year for a routine health screening. Timely problem detection can aid in a quick recovery and prolong the average life span of a Pug.