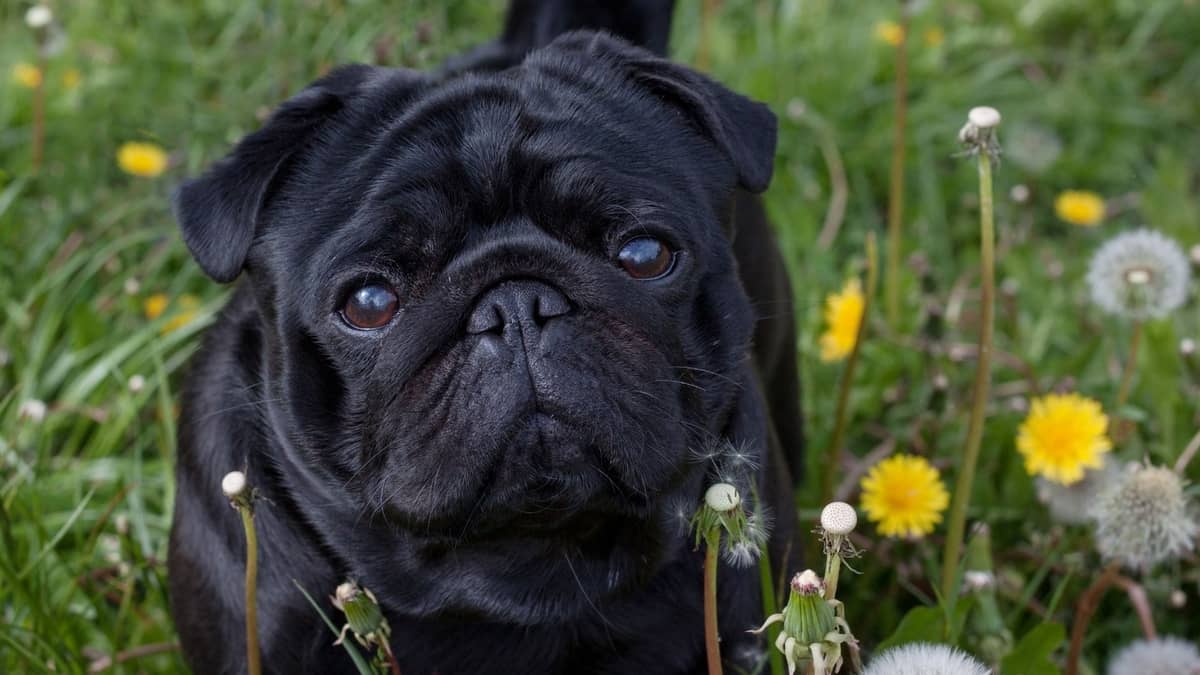 For centuries, many dog fans had a soft spot for toy breed dogs. And speaking of toy dogs, Pugs were always amongst the most popular breeds. Starting with ancient times, only the nobles were the lucky ones to own a few wrinkled pals who would become their devoted companions. Way back when an average Pug was quite a traveler, coming to the European Continent all the way from Asia. One of the biggest Pug fans was the English monarch, Queen Victoria, herself. From Europe, Pugs traveled across the pond and ended up in the USA, where they became an instant hit. The breed was a little different from the traditional Pug we know and was titled “American Lo-Sze Pugg.” So, if we compared American Lo-Sze Pug vs Chinese Pug, who would win? Before we dig into the comparison, let’s discuss where both breeds originated from.

Ancient Egypt is where the first mentioning of Pugs surfaced and they were greatly cherished by the Egyptian nobility. They served as companions as well as guards, and protectors of assets.

Around 2000 years ago, some Pug members traveled to Tibet and were welcomed by Buddhist monks. The latter fell in love with these bug-eyed creatures and the wrinkle-faced quickly developed a bond with their new masters. Pugs proved to be the most devoted companions and excellent guards.

Somewhere around the 16th century, Pug puppies traveled from Asia across the ocean and ended up on European soil. A few witty Dutch merchants smuggled several pups out of China, since they knew these adorable cuties will definitely become the next Asian World wonder. And right they were. Pugs quickly won the hearts of most of the European royal families. Chinese Pugs permanently settled both in royal minds and hearts, becoming loyal companions, guardians, and best friends.

Even though there is no official proof of the “English Pug” breed out there, an American Lo-Sze Pug does exist. It is a little different from the original Pug we all know. So let’s move on to discussing the US Lo-Sze Pug’s history.

Those cuties have the ancient Chinese Pug as their ancestor. The original Pug looked slightly different from its modern version: shorter legs, less curly tail, and a longer snout. They were also a little smaller in size compared to the Asian predecessor: about 9-11 inches in height and the weight rarely exceeded 11-12 lbs. In comparison, modern Pugs are about 12-13 inches in height and are heavier: up to 15-18 lbs in weight.

But who exactly was responsible for creating the American Lo-Sze breed? A woman breeder named Rebecca Manns was the one who introduced the American Pug species to the US canine market. Her goal was to make sure the adapted Asian breed closely resembled its Chinese parent, the Lo-Sze Pugg, aka Lo-Sze dog. The Lo-Sze Pugg was the ancient Chinese Pug, the one that the Egyptian and Chinese nobles adored.

The Lo-Sze dogs are, unfortunately, not recognized by any official canine club. However, a Pug owner can register it at either the International Rare Breed Dog Club or another popular canine organization: the Dog Registry of America.

Now, let’s compare the American Lo-Sze vs Chinese Pug and discuss both species’ pros as well as cons a Pug enthusiast should know about when deciding which way to go.

American Lo-Sze Pug vs Chinese Pug, who is winning for you personally after you’ve read the article? Whichever kind you choose as your next household pet, know that you are getting a devoted companion for life. Pugs are one of the best “therapy” dogs, very social and family-friendly. Therefore, you will never regret you got one, trust me. Happy bonding!

Learn more about Where Did Pugs Originate From?.